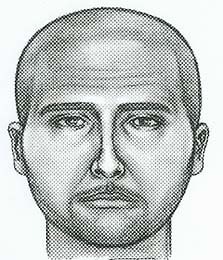 Add another item to the list of unfortunate things that have happened to the popular nightclub The Box.  If the drug raids and sheer boredom with the place hasn't yet managed to get most of the A-list crowd to stray away and wander over to Rose Bar, Socialista or Beatrice Inn yet, this may just be the thing that does it.  As the Post reports today, The Box has a stalker.  A serial rapist has already kidnapped and attacked at least two victims, forcing them into an SUV and making them drink unknown liquids, after grabbing them from behind as they exited the hip nightclub on Chrystie street.  He then drove both women (on separate attacks) over the Brooklyn bridge where he raped them and then made them withdraw all their cash before sending them back to Manhattan.  This uncaught sicko could manage to keep crowds away from the place...however, he could also be just the scary thrill that many seek to find on Halloween night.  Please travel in groups people.  Yes it makes your changes of getting in slim to none, but the alternative is way worse than missing the midget trannies onstage, trust us.