On Monday, we posted "The Beatrice Inn: Where Are They Now?", which proved conclusively that there isn't really a "new Beatrice Inn", despite how every new club opened by Paul Sevigny or Matt Abramcyk is heralded as such. Now, an ex Beatrice kid explains exactly why there can never be another.-

"It is impossible to compare these places to Beatrice. Maybe it was strange because the Beatrice didn’t just die one night, it carried on for so long – what we were trying to save was something irreversible. It was special because it was a physical place that summed up a specific time. The bougie/slummy charm, the civilized debauchery – there was appeal that was just made sense in the moment in the city. I thought I loved it so much because it was my first time “going out” in New York – but it affected people who were older, who were from New York too. There can’t be a new Beatrice when Beatrice stands for something that has floated out of the zeitgeist." 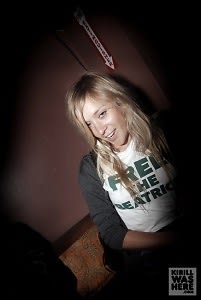 It's time to put the comparisons to bed, and leave The Beatrice to rest with other famed New York nightspots that have gone to the wayside: the Cotton Club of the 20s, the Stork Club of the 30s, the Copacabana of the 40s, Studio 54 in the 70s, and so on.

The Cotton Club isn't making a comeback, and neither is The Beatrice. In the age of iPhones and Twitter and tumblr apps and Foursquare, privacy, which was the Beatrice's  best selling point and what Hoffman calls "the ultimate luxury of a good time", is near impossible. Nightlife has adjusted itself accordingly. If you can't hole up and dance away from cameras and prying tweeting eyes on a quiet street in the Village, move the party to a room with floor to ceiling windows at The Standard Hotel, where everyone in the world can gaze up at your revelry. Invite the cameras and the bloggers and the big names into your rock bar, and let the lack of privacy work to your advantage.

Time marches on, and there will soon be a new club to revel in, idolize, and eventually mourn.

We're excited to see what other tricks Paul Sevigny has up his sleeve, excited to spend winter holed up in Abramcyk's Bunker, and excited to see whether Le Baron galvanizes New York as much as we hope it will. But we're going to stop looking to recreate 2008.

To read Hoffman's complete essay, and we really recommend it, go here.