Le Poisson Rouge is charging for frozen water; Paz de la Huerta has her day in court; Corner Bistro is expanding; Bar On A is up for sale, and more. Take a look at what happened this week when it comes to nightlife!

Le Poisson Rouge charges extra for both ice and no ice 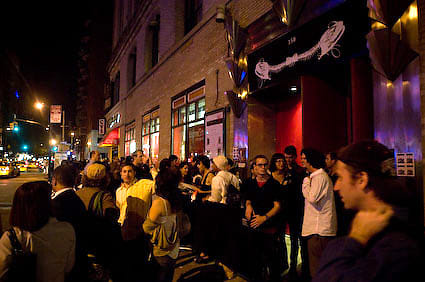 A tipster sent Eater a photo of a receipt from a recent night at Le Poisson Rouge that apparently shows a $3 surcharge on each of three classes of Glenlivet 12 scotch, one being for "rocks" and the other two for "neat." Well that doesn't sound right, does it? A manager at LPR told Eater that the surcharge is because a rocks or neat drink pour is 2 oz instead of the standard 1.5, arguing that $3 for the extra half ounce "is actually a cheap upsell." Can we make it a law that Manhattan bars can never describe their drinks as "cheap"? The party still ended up paying $16 for 2 oz of a scotch that costs about $25 per bottle, or about a dollar per ounce. 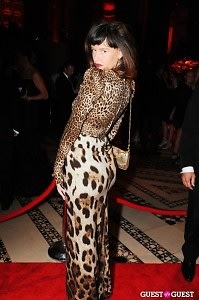 Boardwalk Empire's Paz de la Huerta admitted to harassing reality TV personality Samantha Swetra from The City at The Standard in March. Though de la Huerta only admitted to threatening to hit Swetra, de la Huerta is alleged to have also punched Swetra in the face and thrown a glass at her. When police arrived, she apparently told them "I'm a real actress" and that Swetra is "a fake actress." Which is kind of true, but not something you want to go on a police record. Though de la Huerta walks away from the criminal case with just alcohol counseling (which she could really use) and a day of community service, Swetra's lawyer said she will continue "to pursue the case vigorously." 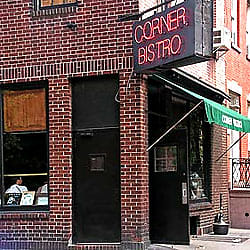 Well-known (and damn delicious) West Village burger bar Corner Bistro is reportedly trying to open a chapter in Long Island City, Queens, which should be open for the Bistro's 45th anniversary this coming February. Meanwhile Fatty 'Cue, the Williamsburg Asian-inspired barbecue joint that has food critics hooked ("The congregation cheers," wrote Sam Sifton), has announced the location of its second chapter, on Carmine in the West Village, and says it should be open before Labor Day. Hooray for red meat!

Bar on A for sale

Homey East Village joint Bar on A is for sale after 17 years in operation. Previous owner Bob Scarrano died last year. Let's hope whoever takes the space keeps it as cool as it's been for so long.

Never mind the fact that it was considered part of the Lower East Side until the '60s, Community Board 3 voted to support the establishment of a historic district (you know, with the brown street signs and everything) in the area roughly between Second Street and Seventh Street and between Bowery and First Avenue, as well as a stretch of 10th on Tompkins Square Park and four buildings on Avenue A. Why so selective? Who knows! The politics surrounding the district proposal have been heated, with religious leaders arguing that historic districts make it unnecessarily difficult for building owners to renovate.