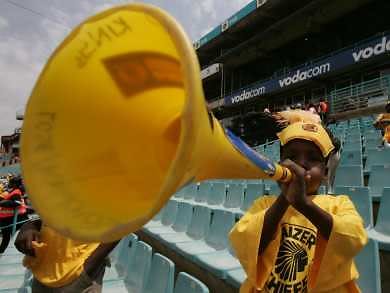 When the summer news cycle becomes as slow as molasses, editorial bureaus everywhere scramble to elevate a non-story.  2001 had the much-hyped old media Summer of Shark scare.  In 2005 the new media blogosphere went wild with the Montauk Monster.  So this summer we have taken it upon ourselves to coin 2010 the Summer of Vuvuzela. Ok we will be the first to admit that the B flat monotone sound during the first games took us a bit by surprise.  That being said, we believe that we have adequately satisfied the requirements necessary for a Summer non-story, and, therefore, can credibly introduce the Summer of Vuvuzela into the media lexicon.

1) The Vuvuzela Story presents nothing new

Yes, their origins date as far back as the 70s in Mexico, and they were present at the 2006 World Cup in Germany (albeit to a lesser extent).  in 2001, sharks and shark attacks had been around for ages.  Shark scares were first popularized way back in 1975 by that little film titled Jaws. And the whole concept of a fabricated monster (a la Montauk Monster) is nothing new either, think Loch Ness and Abominable Snowman.

2) The Vuvuzela story is irrelevantly relevant

While some of us have made the trek to South Africa, the majority of us watch games thousands of miles away either in the comfort of our home, or in the public setting of a noisy pub or bar where the sound coming from the television is irrelevant.  Most have never seen a vuvuzela, and probably won't for a very long time if ever.  Similarly, while Shark attacks and monsters readily play on our cognitive biases, they are simply not a reality  or relevant for the vast majority of us.  You have a significantly greater chance of being hit by lightening while at the beach.

3) The Vuvuzela Story offers much fodder for scaremongers

They have been noted to cause hearing loss, have been blamed for poor game play, and more recently they have been seen as a contagion that is infiltrating other sports!  Miniature Vuvuzela were handed out to fans at a Major League Baseball game and "may have caused a miscommunication" that led to a player being ejected!

There you have it, the case for a news cycle bump.  And in case you do want to experience all the evils of this device, you can find out where to buy one here!