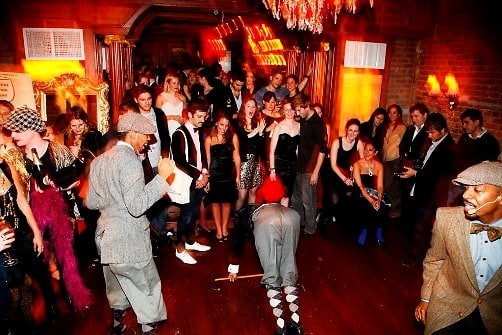 A lot can happen in a year. For instance, last fall I crashed the New York Supper Club Launch at the National Arts Club and 12 months later my name was on the list for the Supper Club’s One Year birthday at Haven. That’s progress. I didn’t exactly crash last year, but I went as a last minute plus one and I’m pretty sure Tamsin Lonsdale had no idea who I was. Actually, most people had no idea who I was. That’s what the Supper Club and I have in common: We’ve both grown over the last year! However, the supper club is a lot more fabulous!

All these savvy lookers were celebrating London Society’s best-kept secret, Tamsin Lonsdale (wearing a sweet as sugar confection by Keith Lissner with hand sewn pearl embroidery – a look very fitting for a one year celebration, and Manju Jasty amazing chandelier earrings) and her Supper Club, which made their mark on Manhattan’s social scene one year ago. This roving party which has delighted its members with many memorable parties throughout the city in the last year attracts some of the coolest, smartest, successful AND most connected Manhattanites. As one would expect, the crowd is often very diverse, as Tamsin is Renaissance woman from across the pond who attracts the best of the best and throws a hell of a party.

Thursday night gave us a sultry Burlesque Performance, adorable Richie Rich jumping out of a cake and a performance by the James Gang. Another notable hit were the MINI BURGERS. I may have turned into a cheerleader when I saw them coming my way and I caught all of NY’s finest socials eating the burgers too (WITH the bun). There were so many fun people that came out to toast their Gin Fizzes to the Supper Club: Keith Lissner, Kim Bates, Nick Dietz, Devorah Rose, Laura Rubin who’s Manju Jasty white gold/diamond chandelier earrings stopped me dead in my tracks, Eric Spear, David Chines, Melissa Berkelhammer, Dennis Wong, fellow bloggett Brittany Mendenhall, Christina Brown, Ashleigh Parker, David X Prutting, Celeste Greenberg of Tuleste Market (EVERYONE is wearing her fab jewelry – I want some chains), Donatella Felice, Stacey Lalljee, Melissa Foss, Victoria Kirby, Dara Levine, Justin Belmont and about 100 other people that I have to meet before the Supper Club’s 2 year birthday! Perhaps by then I’ll become an official member! 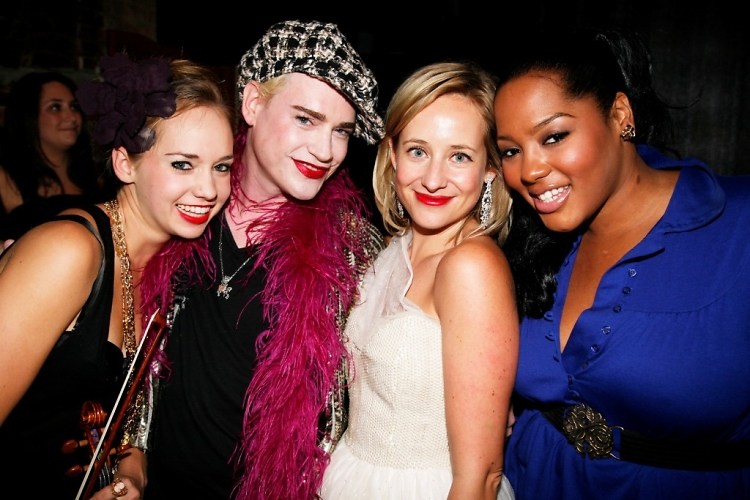 The Supper Club of NYC