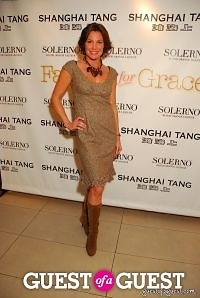 As a sign of what she views as her budding music career, de Lesseps revealed she just closed a deal for a new single.

"I just signed with Ultra Records, which is the biggest dance label in the world, so that's very cool," she said.

She told us the track is called "Chic, c'est la vie," at which point Azoulay, a French wine distributor dryly quipped,

The Countess then, looked at me.

"I'm sure you heard my first song Money Can't By You Class."

"Oh, darling, you have to do your homework," she chided, a bit lachrymose.

I promised to do my due diligence. I'd better, I suppose, because de Lesseps seems to have greater plans in the works, including theatrical aspirations.

"Well, you know, I've always worked in television, so it's something that I love, and so I would love to move into hosting and keep myself in the media obviously.I mean, gosh, I've got all kinds of things up in the air. I've even been approached by the Broadway producers of Chicago. So you never know what's next."

We wondered if her talk show hosting gig would be an Oprah format?

"Yeah, you know, or View style," she said with nonchalance.

The Countess and her boyfriend don't get a lot of time to watch her appearances on T.V. 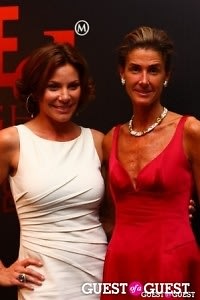 I wondered if she just felt uncomfortable with all the spats and imbroglios that appear on the screen.

"It's always weird, it's always kind of weird, but I feel comfortable with the cameras and during the show, but I think it's always hard to watch one's self, no matter what it is."

But she says she has enough remove, pris-de-recul, to view her own program with humour.

"I view it as funny, it's a television show. It's, you know, it's just a smidgen of our real lives, you know."

We then focused on her black Magaschoni dress:

"C'est pas mal, hein?" Azoulay said, as they floated away.