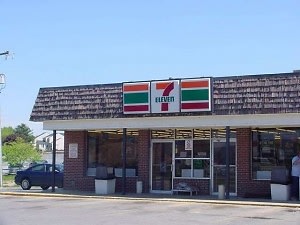 Anti-nightlife sentiment is at such a fever pitch that locals who once denounced the homogenization of the city are now saying "bring it on." A proposed Italian restaurant in Alphabet City has ignited opposition so fierce that neighbors are arguing for a 7-11 or, worse yet, an umpteenth bank branch in its place.

It used to be that Starbucks, condos and national chains comprised the unholy trinity of gentrification. As every corner in Manhattan (and, increasingly, Brooklyn) was monopolized by Duane Reades and bank branches, those twin blights were added to the list. They killed New York's quirky individuality, the argument went, and forced out mom & pop business with a history in whatever neighborhood was currently being desecrated.

Such places are still viewed with suspicion. Independent or family run stores are still cherished. Unless said business has the audacity to serve alcohol or, heavens to Betsy, food to enthusiastic crowds who speak above a whisper and use public sidewalks to enter and exit a restaurant as opposed to zip-lining in and out. 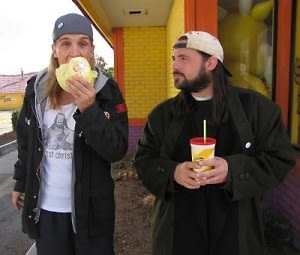 The latest evidence of knee-jerk hatred of bars and restaurants arrived at last night's East Village community board meeting. Per EV Grieve, Frank Prisinzano, East Village resident and owner of three Italian eateries (Frank, Lil' Frankie's, Supper) in the 'hood, proposed an Italian cafe on Avenue A and 2nd Street. Plates would run between $5.95 and $10.95 and the turnover would be quick. It would be eco-friendly. But not even the concession to greenness could assuage fears of hysterical, arguably paranoid, Avenue A residents.

Their block is hell, you see, thanks to a slew of rowdy saloons in the area and the attendant vomiting, pissing, shitting, sexing, head-spinning-like-Linda-Blair patrons. Board members listened to their complaints for a whopping 75-minutes before the vote to approve or deny Prisinzano ended in deadlock. In another words, it was a typical demonstration of CB3's well-oiled, I dare say German-esque, efficiency and productivity.

Prisinzano pointed out that the building's landlord is weighing three alternatives to his cafe: a bank, a 7-11 and another bank. (Note that there is already a Chase directly across the street; locals presumably want to match the city average of three corners of every intersection being a soulless ATM machine, but two will do for now.) 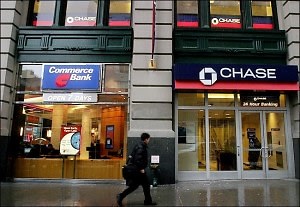 Amazingly, the opposition claimed to want one of the ultimate symbols of suburban blandness and malaise (and Jalapeno Cream Cheese Taquitos) to move into the former punk stomping ground. "I wouldn't mind a 7-11," said one committee member. Wrote a Grieve commenter: "Bring on 7-11. They're right, its just too many people already on the street to even walk by. Its tiresome [sic]."

Even Jeremiah Moss, Olde New York nostalgist and blogger extraordinaire over at Vanishing New York argued for a TD North or Wells Fargo or whatever crappy regional cash-dispenser Kelly Ripa is shilling for these days:

"you know what, BRING ON THE BANKS. give us a 7-11. guess what? they're quiet. they don't attract hordes of screaming idiots*.  i'm tired of this argument about 'if you don't let me have what i want, you will get an evil bank.' so let's have banks everywhere. what if every noisy, obnoxious bar in the EV was suddenly a bank?...so go ahead, bank the fucker up. bank them all up. maybe, if everything's a bank, all these people will go away."

East Villagers have nowhere to purchase a 32-ounce Mountain Dew Slurpee yet, but it seems they're already suffering from brain freeze.

Photo 3 via Wired via NYT