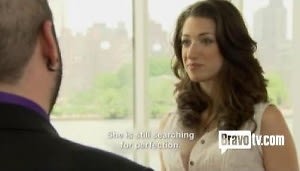 Did you watch Millionaire Matchmaker last night? We did, and after 40 minutes of listening to Patti complain about New York women, we were fed up. One thing's for certain: Patti doesn't understand her new demographic. At all.-

Patti Stanger would be a lot happier if she came to terms with the fact that New York women aren't like Beverly Hills women. We have a different set of goals, interests, and standards. She hasn't at all readjusted her business practices to fit her new city, and it shows.

In defense of the women of our city, we've compiled some things to help Patti get over her apparent culture shock... 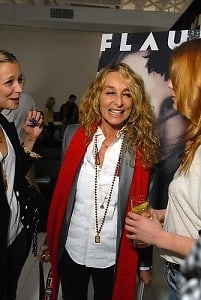 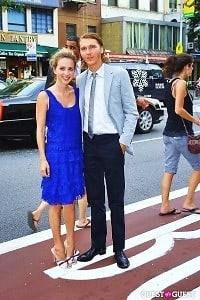 And you can't order them to straighten it. 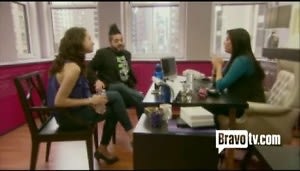 s a little bit cold last night. Not surprising! Patti set her up with an adorable, sweet Middle School math teacher named Keith. Patti's only qualifications for a match for Bryce were pretty much "Jewish" and "good dad".

Keith is going to make a perfect husband someday, heck, we have friends we'd want to set him up with! But if Patti is gonna work with New York types like Bryce, she has got to learn that "Jewish" and "Good Dad" is just not going to cut it.

We know girls like Bryce: ambitious, social, cutthroat, and concerned about appearance. It sounds shallow, but it also makes sense: is Keith going to feel comfortable accompanying Bryce to events across the city, and is their relationship going to work if he stays home in the Bronx grading papers while she goes out every night to maintain her busy social life and promote her company?

And is Bryce even the type of girl to make Keith happy?

Bryce may have come off as cold and snobby last night, but the truth is that she and Keith simply weren't a good match for each other. And while Bryce's version of "perfection" may be a little bit unattainable, the average New York woman isn't going to settle for just any man who seems responsible and willing to have a girlfriend.

"If you think you can do better in this town, you can't!" Says Patti.

Oy. Bryce? Call us. We'll set you up with someone better. 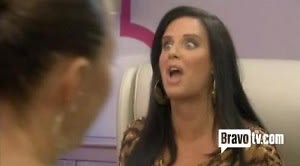 "As long as you put work first, you will never ever be in love", Patti tells a woman in the Season Preview.

Here's the thing, Patti. New York women have figured out that men are never asked or expected to put their girlfriends before work.

Both genders seem to understand that a relationship needs to be a priority in order for it to work, but neither men nor women in this city are willing to sacrifice their careers (and identities!) by making it the priority. 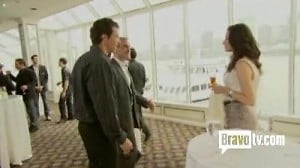 Patti got mad at Bryce for acting aloof at the mixer. Listen, everyone knows that California girls are much friendlier than New Yorkers! New York men are used to this. Women here are much too cool to approach guys in gaggles. They're bold enough to make the first move when they feel like it, but confident enough to wait to be approached. (We feel like we need to point out that the girls approaching the male millionaire in gaggles were all from neighboring states--not New York.)

5. New York Women aren't looking for guys who are intimidated by them. 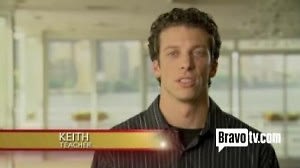 First thing out of Keith's mouth: "I'm intimidated by Bryce."

6. New York Women of substance don't dress like this. 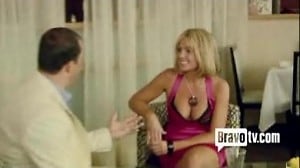 It's awkward to write about someone's clothes, but we just couldn't let this one slide.

We aren't doubting that Kristen, the young woman pictured, is indeed a woman of substance. She has a masters from Purdue, she's no doubt very smart.

This just goes to show that Patti really didn't know what she was looking for when she came to cast in New York. She's been lamenting the lack of quality women in New York, and this is supposedly one of the only examples she could come up with?

7. Women In New York are surrounded by Fashion every day, and therefore don't need their dates to pick out their clothes. 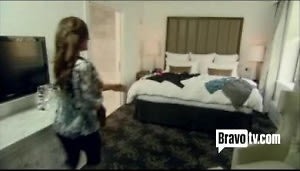 Think about it realistically: if on a first date, a guy brings you to a hotel, where laid out on the bed are two dresses that he "wants to see you in", on a scale of 1-10, how creeped out would you be?

New York women probably have better taste in Fashion than their male counterparts. And we probably put some thought into what we did wear on the date. So don't insult our fashion sense, or inflict yours upon us, thank you very much.

8. Women in New York don't have to live vicariously through Sex and the City, because they have their own lives in the city. 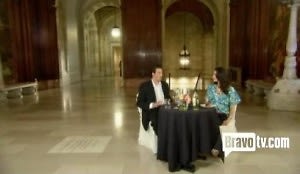 So a random dinner in the completely empty, vault-like rooms of the New York Public Library isn't romantic, it's bizarre. Just cause Carrie Bradshaw thought it was sooo romantic, doesn't mean everyone else will.

Also, what are you supposed to talk about on a first date if you can't rely on making observations about the people around you? Next time make reservations at Le Bernadin.

9. Girls move to New York for college, to pursue careers in the arts, in fashion, in business.

Women here are very accomplished, and if Patti's dating pool doesn't reflect that, it means most of them are too busy or unwilling to appear on her show; it is certainly not a reflection of New York women in general!

10. And lest we remind you that accomplished, successful, ambitious, attractive and happily coupled women do exist in New York...