There is a time of year - nowabouts, say - when it begins to seem there's never been anything but winter. Coughing begins to take the place of conversation. What should we have for dinner? Three hacks, one sneeze. Luckily, this is not only hyperbolic, but remediable. Keep reading to learn how this season, the city will cure what ails ya.

Lay Back For Apartment Therapy

Snow days, after the initial excitement of hot chocolate and snowball massacres, mostly call for staying inside. But inside of what? See five apartments possibly (even probably, ouch) cooler than yours at the Storefront for Art & Architecture's Total Housing 01: Apartments, an exhibition of winning entries from H20 Architects, Tiago Barros, and others. And while you're at it, check out the interiors in director Manoel de Oliveira's The Strange Case of Angelica, the Village Voice's best film of the year, now screening at the IFC Center - which is pretty cozy, too.

Warm Up With A Chocolate Binge 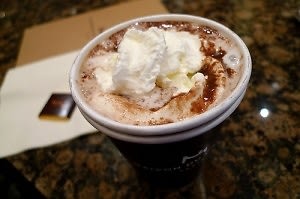 In all seriousness, though - hot chocolate. If I could only have an intravenous feed of it...but I can't. Luckily, there are other options: Veniero's for an ages-old New York tradition, Caffe Regio for what looks (and tastes) much like like an ages-old European tradition, and a pretty pretty damn good selection of newbies, from Brooklyn's The Chocolate Room to the finely aged (since 1990) Madison Avenue-branch of Parisian La Maison du Chocolat... so if you must satisfy the chocolate craving at a chain, don't hand yourself over meekly to the starving, touring hordes at Max Brenner. 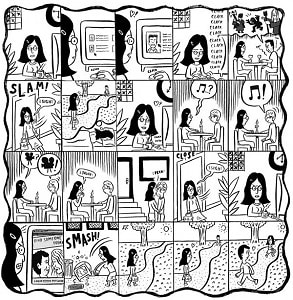 When I was a kid (smaller but not otherwise significantly different; I still enjoy a quality juice box), below-zero days meant staying inside and drawing on the backs and fronts of my parents' "important business papers". So - comics! The Art of the Graphic Novel at the Philoctetes Center covers an impressive range of modern graphic artists, from Eisner-Award-Winner Dan E. Burr to David Heatley, whose work is already familiar to anyone who's glanced at a New Yorker cover recently. 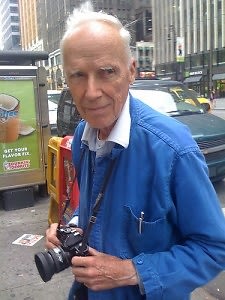 At a certain point (usually about mid-January, or whenever chapped lips become a permanent condition), the cold overpowers all consideration of style: the bigger the coat, the bulkier the boots, the fleecier the...everything? the better. This is a spell of devastation for prowling street fashion photographers, but even before fashion bloggers of every print and stripe, before the Satrorialist...there was Bill Cunningham. The New York Times fashion photographer has been cycling the city's streets and documenting its noteworthy styles for over thirty years - and in March, Richard Press's documentary Bill Cunningham New York lands at Film Forum in March. Granted, we'll be back to coordinated wardrobes by then - but what better reason to see the master at work?

Additions? Substitutions? Offers of a trip to warmer climes? Let us know in the comments.