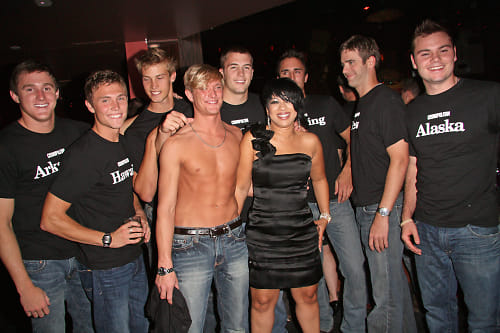 Last week I had quite the evening. Not very often do I get to watch 50 shirtless men strutting down a catwalk. Ok, maybe once in a while, but it’s still a treat nonetheless! Cosmopolitan’s Editor-in-Chief Kate White hosted the event at 28th street hot spot Mansion with Cosmo Radio MCing. All fifty states were accounted for as the nominees strutted down the red carpet for photos, managing to squeeze in a group picture after chanting “This is Our Night!”

Lucky patrons enjoyed drinks and hors d’oeuvres surrounded by Cosmo’s new issue featuring cover girl Lauren Conrad. While some of the men bared their six-pack abs, others kept their black, state-labeled shirts tucked in (much to the dismay of the crowd). Among the eclectic guests were Devorah Rose, Death Row Heiress and CEO of Lady Boss Entertainment Lydia Harris, and rapper and former Fugees front man, Pras.

Once the votes were tallied, Mr. Colorado, aka Brad Ludden, won the title of Bachelor of the Year 2008. During his gracious acceptance speech, the 27-year old pro kayaker announced that his generous $10,000 prize would be donated to First Descents, an Avon nonprofit he founded in 2001 that provides outdoor adventures for young adults with cancer. Talk about a Renaissance Man…

Even his fellow nominees were supportive of the philanthropic Colorado stud. I overheard Mr. Montana (thematically accessorized with a cowboy hat) bragging, “honestly, he deserved it. They really couldn’t have given it to a better guy.” Looks like those 50 bonded during their tenure… 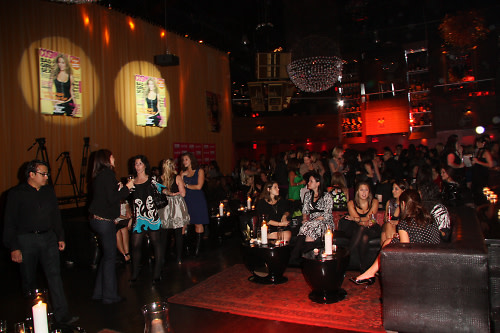 At the end of the night, all Bachelors and guests alike surrounded the open bar, sipping on cocktails, while the men met some very eager “fans.” (As Carrie Bradshaw may have said—this was definitely a perfect spot for the single New York girl!) Overall, everything was entertaining, to say the least. And I must say, the little feminist inside of me truly enjoyed watching men strut their stuff for once. I think we should make this a weekly Tuesday event. Who’s in? 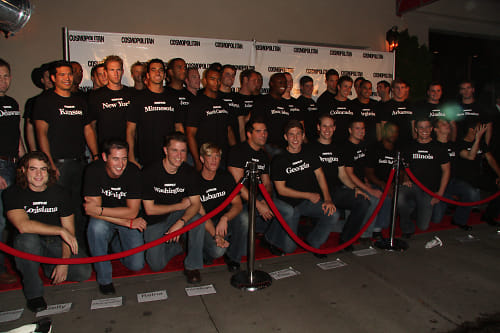