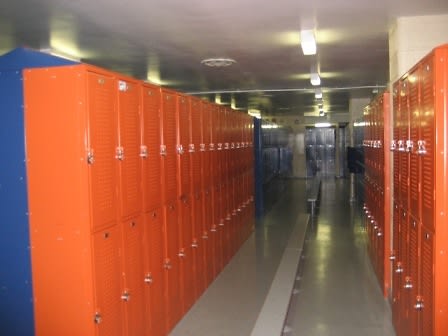 So what is the current state of secondary education in New York City?  We strolled on through the metal detectors and security at Louis D. Brandeis Highschool (H.S. 470) to see what was going on.  Apparently this school isn't in great shape, with an attendance rate of 73% and an even worse graduation rate of 43%.  The first graffiti we saw on the wall confirmed our suspicions that yes, these kids were indeed bored in class! 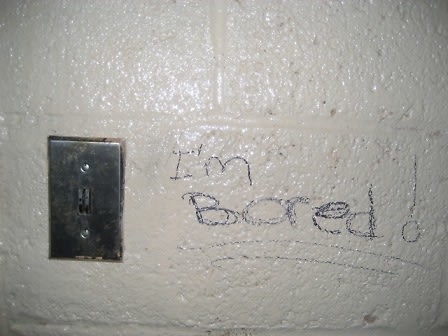 We were hoping to see scenes being played out in classrooms similiar to the wonderful movie Centerstage with Antonio Banderas or Stand and Deliver.  You know where the asian kids have spiked hair and drive rice rockets, the black girls are really sassy and have good rhythym, and the white chicks are all gothed-out with excessive eyeliner and clothing from Hot Topic and of course have no rhythym.  But alas most of these Hollywood stereotypes didn't play out, and we had trouble finding a mysterious Spanish ballroom dance instructor.

But we did find a lot of Brown Pride Homies Graffiti. 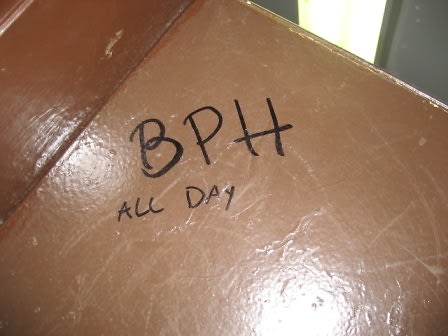 And a tremendous "Walkman Free Zone" poster that made us feel for a split second we were back in the 80s, where there were no ipods or playlists or shuffles, just a single tape deck. 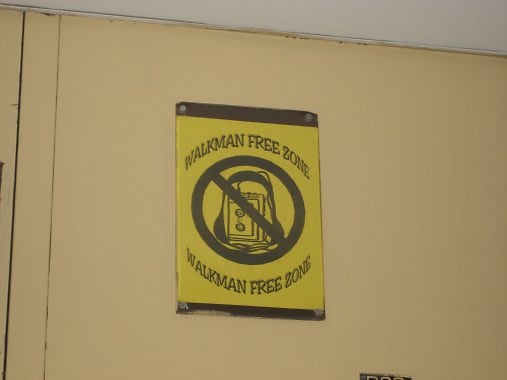 Our conclusion:  This school has a bit of a ways to go if its going to jump from being the 44th out of 46 schools in NYC public school rankings, and return to the days when the likes of Lou Gherig walked through its halls.