Did you have sex last night? Don't get too cocky, it's probably just because it's Thursday. According to Time Out, that's the night of the week New Yorkers are most likely to pick someone up. Interesting. We did a little crowd sourcing to figure out how accurate some of these statistics really are...-

The best night to pick someone up in NYC is Thursday night.

We Say: Well, Thursday has long been established as the new Friday, so we definitely think it's the best night of the week to go out. But as for picking someone up? Work the next morning is sort of a buzzkill for that....

Our Friends Say: "Tuesday or Wednesday for a number, Friday or Saturday to take someone home", "I've had better luck on a Tuesday or a Wednesday", according to some. Others agree, strongly. Best Answer: "Don't New Yorkers go out every night anyway? You could probably get picked up any night."

The NYC pickup scene is awesome (as opposed to overwhelming, disgusting, non-existent)

Our Friends Say: ALL of the guys think it's pretty awesome, and two of the girls. ("The NYC pickup scene is never awesome. It has never been awesome. It's a blowhard.")

New Yorkers are looking for someone who will "cuddle" in bed

Our Friends Say: NO! Dude, no one wants this.

Sexual activity in public is acceptable late at night, when everybody's drunk.

We Say: Does "accepted" equate "acceptable"? If so, yes.

Our Friends Say: Most yes, some "depends on WHAT sexual activity", one very adamant "No!!!" 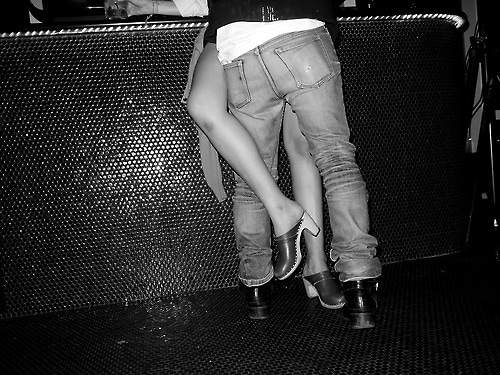 The magazine suggests "Le Bain" as their recommended pickup spot in New York, which we agree with based almost entirely on the photo at left. You definitely can't get a hotter, more accomplished crowd than the people who attend the parties at Le Bain on any given night.

Time Out lists all of the following places in their "50 Pick-Up Spots For Fall" list. We asked our friends whether or not they agreed with the selection. Eataly: By force of being piled next to someone like a sardine, just trying to find the damn pasta? Maybe. But not ideal. ("I have a thing for rotund gingers in orange clogs.") Madison Square Park: Yes! Everyone seemed to have good stories from this place, or at least find it possible. GoldBar: No. ("If you're into douches...") ("I don't know what that is but that sounds douchey...") Southstreet Seaport: Uh, only if you're looking to pick up tourists? The High Line: Definitely a good spot, everyone seems to agree. 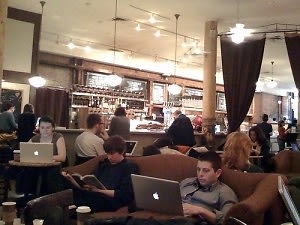 Think Coffee YES. It seems like everyone has gotten a date here. ("If it's that cute barista that works at the Fourth Ave location then YES") Home Depot on 23rd: No. ("A hardware store in Chelsea sounds like for bears only...")("Probably not. Home Depot reminds me of my Dad too much...") Union Square: Wow, we were ready to cross this off the list, but a lot of our friends emailed back pickup stories from there, although two separate people said only at the Greenmarket, otherwise no.

Chelsea Markets: People seem open to it, but no one has... Spice: We actually laughed out loud when we saw this on Time Out's list. I mean, never say never but...who goes to Spice to meet chicks? MoMA: YES. Maybe not in practice, but damnit, you SHOULD be able to pick someone up at MoMA! Gonzales y Gonzales: Yes, this is an amazing spot to pick up drunk NYU Freshmen. CVS: ...No. ("Depends which aisle. Browsing Hallmark cards, sure. Pubic lice removers, I'd have to think about it.") 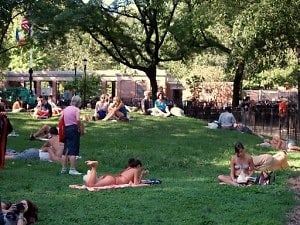 Tomkins Square Park: Again, one of those places where everyone has gotten asked out! And not only by drug dealers! Webster Hall: YES. Well, obviously. Shake Shack: This is everyone's fantasy.

And one more parting thought for those looking for love:

"Honestly, I have met my past four boyfriends/almost-boyfriends on Tumblr. And then we met in real life and it totally wasn't disastrous." Good to know!

[Photos via Time Out]