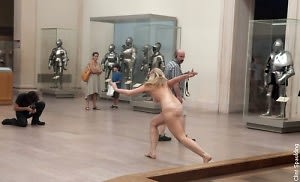 "Why is this wrong? There were thousands of people in the Met today looking at nudes as art, but as soon as there is a real nude, it's a big problem."

Yesterday, photographer Zach Hyman was just doing his job, shooting naked models around public landmarks in the city, when everyone had to get up in his buisness.

"Everything was going perfect until the very end," said Hyman. "Then it became a worst-case scenario." [Post]

If by "worst case" he means getting his model, 26 year old KC Neill arrested and the incident all over the gossip pages this morning, fine. But really? This is the most press Hyman (and Neill for that matter) has received..ever.  We suggest he ride the wave out. In fact, Stanley has just told me to offer up the GofG very public offices should Hyman need a location today. 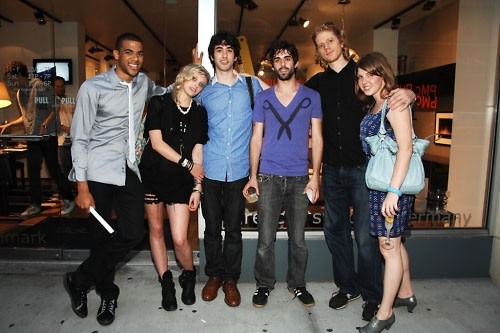 Above, some of our favorite PMc photogs including Hyman (in the purple scissor shirt), and Adriel Reboh, who has been covering the Hampton scene all summer long.

Who was on the story faster than Justin Ross Lee opening an invitation? Our other favorite Justin, Justin Rocket Silverman, you remember, the founder of the SUPER SECRET SUPER COOL PROTOCOLS? He done did the NY Post proud with this story.....

Hyman asked, "Why is this wrong? There were thousands of people in the Met today looking at nudes as art, but as soon as there is a real nude, it's a big problem."

Neill had the same question, which she posed to the security guard who detained her.

"She told me there were naked statues everywhere," the guard said. "I said, 'Those statues are 400 years old. You're from the 21st century.' " [NY Post] 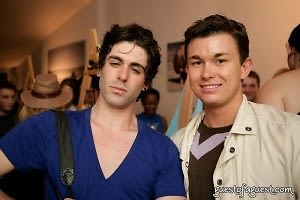 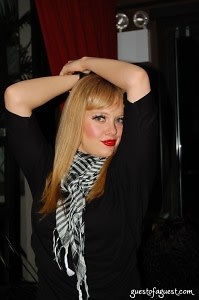 KC Neill who is having the best week ever.