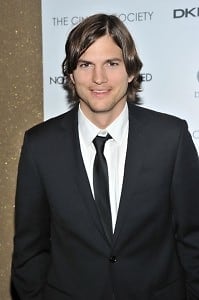 i am in the basement of the Tribeca Grand Hotel, at the red carpet for the premiere of No Strings Attached, the new romantic comedy starring Natalie Portman and Ashton Kutcher that i secretly really want to see but my friends will make jokes about me seeing it. Howard Stern is standing near the red carpet and getting interviewed by People Magazine or The New York Daily News i think. the interviewer asks him a question but he ignores it and asks some questions about the Daily News iPad app, like "what time of the day do they deliver the paper into the app? i want it at 4:30 in the morning, when i wake up." the reporter doesn't know what time the paper gets delivered into the app but i want to tell Howard Stern he should just check the website because newspapers put stuff on their websites the night before the physical paper comes out generally, but i don't because it is not my turn to talk to him

but i wonder what time Howard Stern goes to sleep if he wakes up at 4:30? maybe he goes to sleep at 11 or midnight because old people don't need that much sleep? Howard Stern's wife is next to him and she looks very beautiful, like she's in porn. the reporter asks Howard Stern a question regarding the movie and he says some stuff about how casual sex is not as awesome as a committed long-term relationship and seems very sincere about it. he looks at his wife and calls her "love." he answers some questions for the New York Daily News and some other publications and comments on how one reporter is talking to him but looking at his wife

another reporter says her dad is a big fan of the Howard Stern Show and can he make her the best daughter ever and take a picture of the two of them together please? Howard Stern holds the camera out in front of them and smiles and takes a picture

a few feet away from Howard Stern, Greta Gerwig is getting interviewed. she has platinum-blonde hair and looks better with it than she did in Greenberg. a few months ago i saw her unlocking her bike outside the Apple Store in Soho, and later i will ask her what she was doing at the Apple Store. "getting a computer fixed? upgrading your iPhone? buying a new mac?" and she will tell me that she has recently had a lot of trouble with her computer (a 13" macbook pro) and she was getting it fixed at the genius bar. she also says, proudly, that she backed up all her files, as she was instructed to by a Genius, and now it's like she has a brand new computer!!! things appear to be going well for Greta Gerwig

then the red carpet ends and we go into the theater and watch the movie. i won't tell you if Ashton Kutcher and Natalie Portman wind up together at the end, but if you have ever seen a movie before, you might already know. but i liked the movie and i guess it is more about the journey than the destination. then, after the movie, i walk over to the afterparty at the Soho Grand Hotel, where one of the Misshapes DJs is DJing. last week i saw him waiting outside the MTV Skins party with Sky Ferreira, trying to get into the party, and i ask him whether he ended up getting into the party, and he says he didn't because they weren't letting anybody in, which is true. i also didn't get in. i ask him what he did instead and he says he saw the band Glass Candy

then Gabourey Sidibe, who is on a date and sitting on a couch in front of the DJ booth, turns around and talks to the Misshape DJ but i can't hear what they're talking about. a few minutes later i go up to Gabourey Sidibe and we talk a little about music and a little about the Arizona shooting. so Gabourey Sidibe is currently listening to the last two Usher albums, the new Kanye West album, and the Nikki Minaj album, and she also places most of the blame with the shooter, and not Sarah Palin. her favorite song on the Nikki Minaj album is "Fly... NO, Dear Nikki!!"

then i walk into another room and my friend's boss introduces me to Ashton Kutcher. Ashton Kutcher tells me that he is on a human trafficking task force and he is very passionate about that issue. a short brunette woman next to him tells me about some of the photographs hanging on the walls. the one i thought was Elvis Costello, posing with a camera, turns out to be Peter Sellers, according to this woman. after a few minutes i walk back to my friends and they tell me the brunette woman was Demi Moore. she was shorter than i expected

now i am standing near the bar, waiting for my friends to come inside because they are smoking cigarettes, and Greta Gerwig is dancing and rapping along to On To The Next One by Jay-Z. she raps "used to rock a throwback, ballin' on the corner / now i rock a tailored suit, lookin like a owner". she looks like she is having a good time and from where i'm standing, i can see that things are definitely going well for Greta Gerwig.