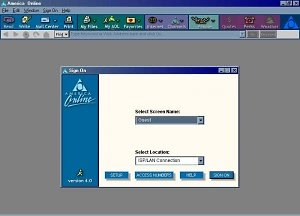 All the talk yesterday of the AOL relaunch made us wax nostalgic about when AOL first came into our lives, forever changing how we spent our school-night evenings, how we talked to crushes (with secret screenames, of course!), and how we first learned to communicate with the world at large through our clunky and loud desktops computers.

When AOL was first introduced it was profoundly perplexing. It had "Channels", "Key Words", and seemed mostly oriented towards adults wanting to check their stock.

The one exception was the incredibly enticing "Kids Zone" section: this consisted, if I recall correctly, of a few sites where you could send postcards of your favorite Nickelodeon shows. The "Teen Zone' had a lot of "study tips" as well as advice on zits and crushes. Which, in 1997, was pretty effing sweet.

Once you installed AOL on your Windows 95, using the AOL disc that came free in the mail every two weeks or so, it was time for the impossibly exciting task of choosing a screename. A screename, as we know now, was a calling card, a way to express just how cool you were; it had to be the perfect mix of hipness, sophistication, and completely arbitrary numbers. Variations of names like "WhasUp1986", "CoolCat582" and "SurfrDude1" were especially popular. And if you ever felt like a change, you could always alternate the random capitalization in your screename: go from "Balplayer888" to "balPlaYer888", and it was like you were a whole new person!

After deciding on a screename and password (the perennial favorite password being asdfghjkl stroked across the homekey), came the minute and a half of expectant agony while your modem oh-so-slowly Dialed, Transferred Data, and finally Signed On.

And then, bliss! You were signed on, and if you were lucky, at least 3 out of your 6 buddies would be online. Didn't matter if "Ghostbumps2" was a weird kid in your homeroom who you never, ever spoke to in person. Talking online was so novel you'd talk to ANYONE. 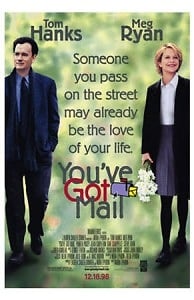 If there was a particularly good crowd online, you might decide to move into a chatroom, which sometimes took three or four times to get right, because people would inevitably accidentally click out of it, or the "invitation" wouldn't work, or whatever. For days when there was an insufficient number of friends on, you could go into a PUBLIC chatroom, where strangers across America would convene in order to talk about such topics as "PETS", "WORK", "GARDENING" or "FINDING LOVE OVER FIFTY". This was before the era of online predators, where going into a chatroom and making up a completely fake a/s/l was a harmless and entertaining activity. There was so much to do online, and so many people to talk to, that the fun never stopped.

Until it always inevitably did, when a phone call would kick you off line, and you'd scream in anger. Or, worse, your parents would MAKE you sign off because AOL costs by the minute and you're only allowed 30.

What do you remember about your first days on the internet, through AOL? Did you have an embarrassing first screename? Would you clog up your phone line for hours? Spend endless hours changing the color and font in your emails? Leave your favorite early AOL memories in the comments!