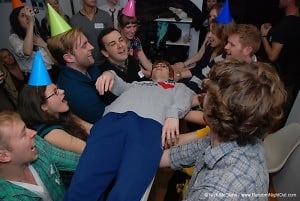 Nick Gray, a 27 year old that runs the marketing for his family's flight display tech company, has been hosting monthly "tea parties" every first Thursday of the month for the NYC Media hipsters. Gray wants to "test out some thoughts on group dynamics" and create "deeper connections" between strangers. Do not go to these. It is actually a cult...

These pictures take you behind the scenes of the cult's most recent initiation ceremony from last night. Look through them, warn your friends, and don't let it happen to you. 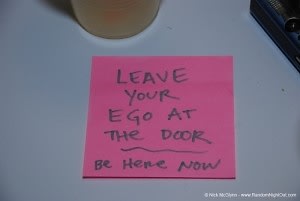 Other things inductees were instructed to leave at the door: Cellphones, wallets, and any other clues to their former identities. 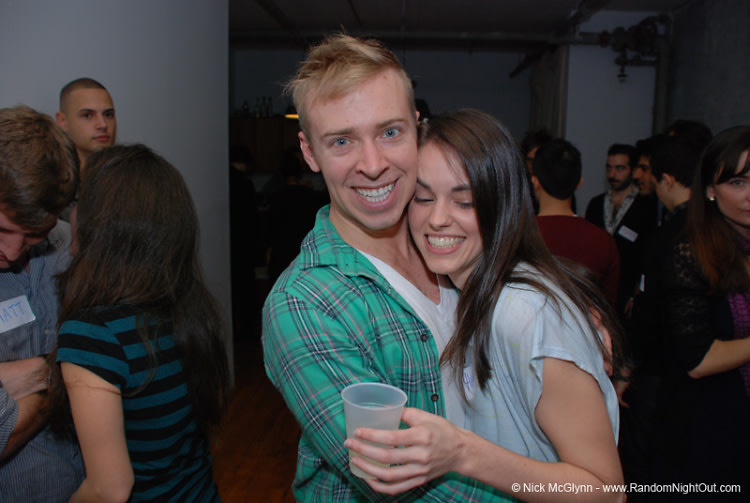 Inductees, who often leave troubled, tumultuous lives back at home, are welcomed by Group Leader Nick Gray with open arms. 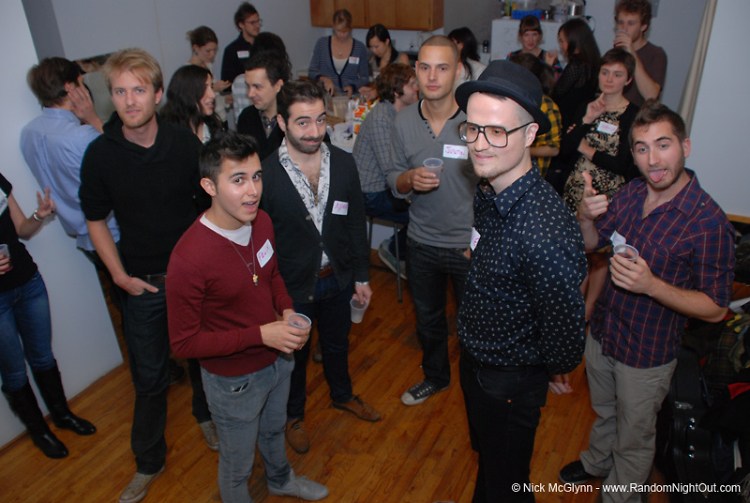 Upon arrival, the assembled inductees stand awkwardly in the room, awaiting instruction. Jakob Lodwick, in the foreground, is clearly a Phase II inductee, evidenced by the fact that he's already shaved his head. 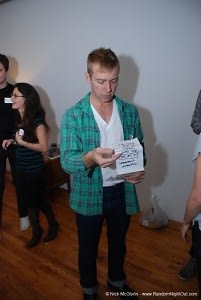 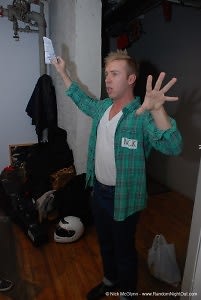 Gray checks his list to make sure the recruits have all arrived, and then begins to sermonize. 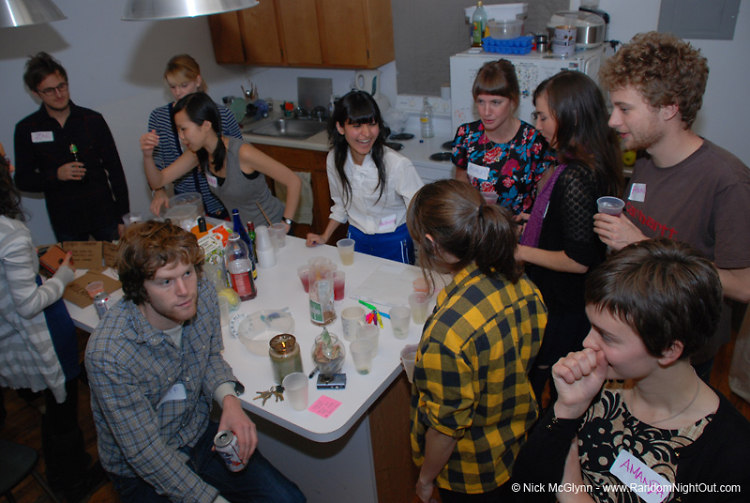 The inductees are gathered around the table... 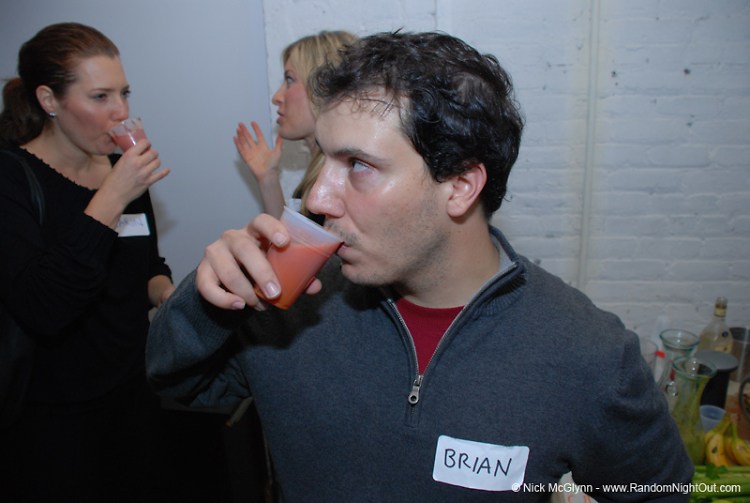 And instructed to drink the kool-aid. 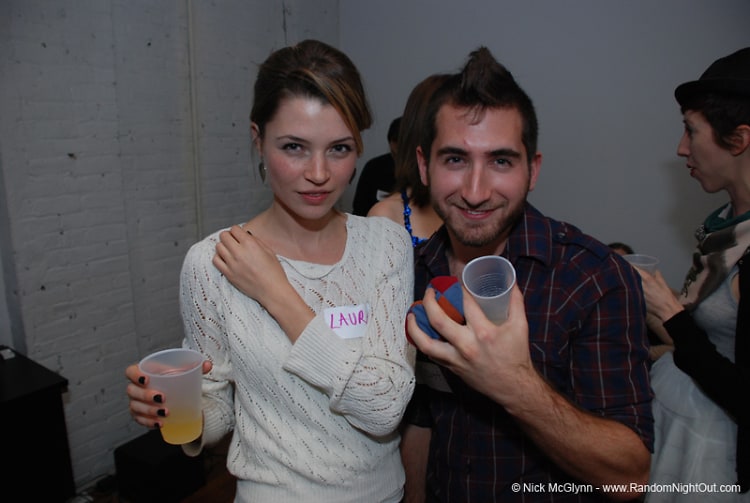 Which, obediently, they all do. 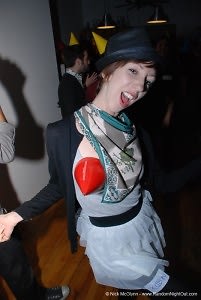 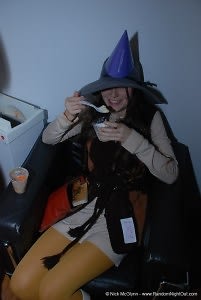 After that, things get a little.....woozy. Lodwick's new gf (left) is an actual ballerina, unlike his ex, Julia Allison who played one for Halloween. 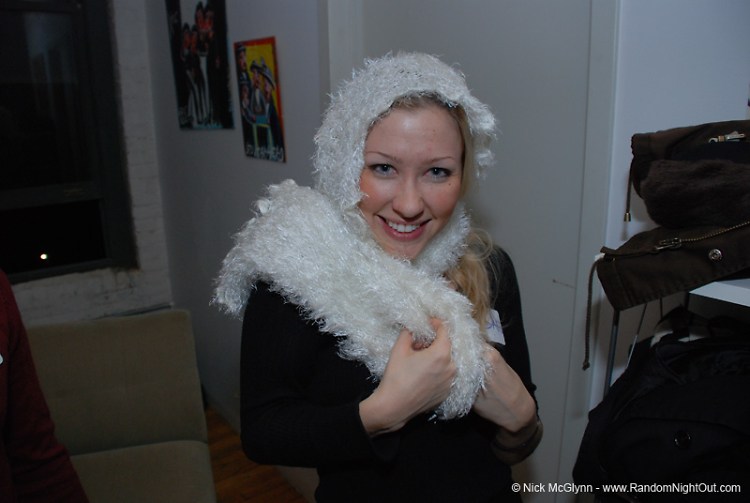 Many participants shroud their bodily vessels before engaging in the ritualistic ceremony that will allow them to reach the level of existence above human. 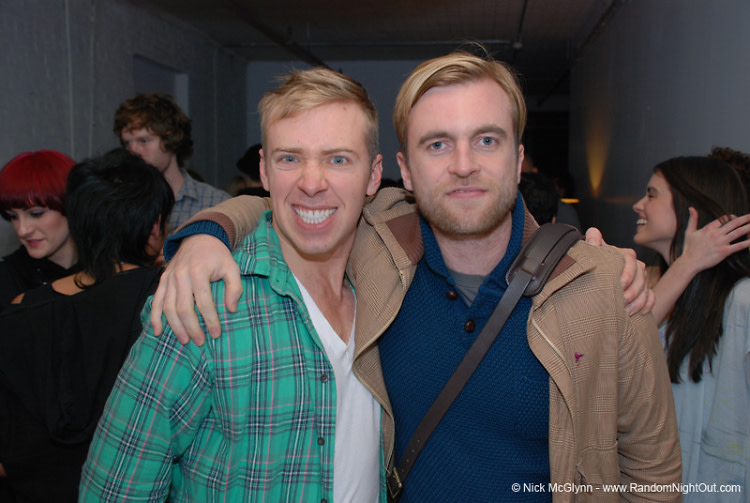 Group Leader Nick Gray, in green, caught in a rare somber moment before the ceremonies begin. 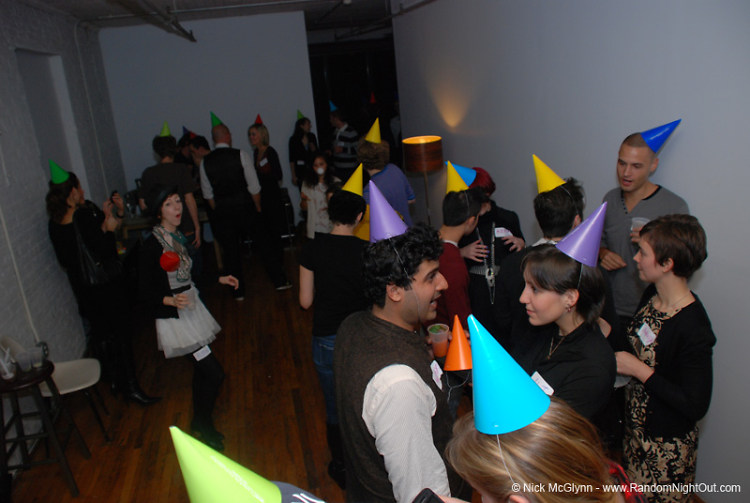 Inductees are instructed to don the Cult Hats... 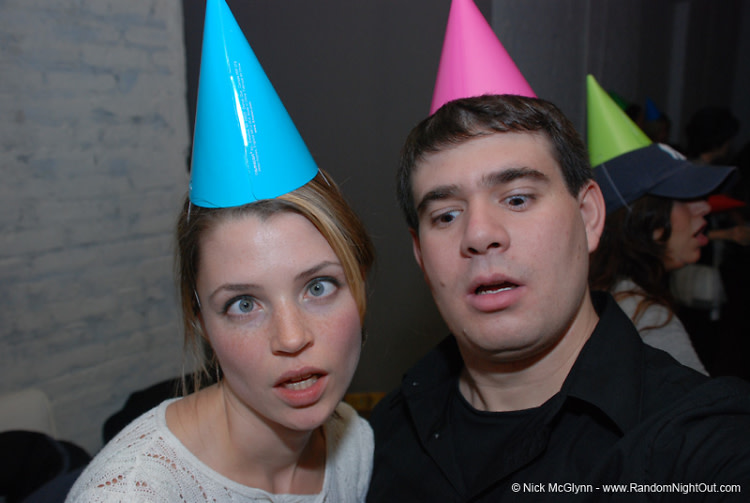 And many enter a drug-induced, trance-like state, which leader Gray insists will make them more "receptive" to the procedures.

Finally, the ceremony begins, with: 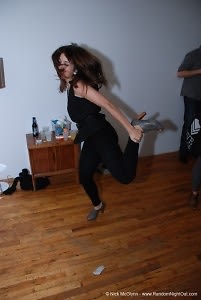 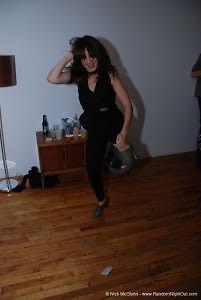 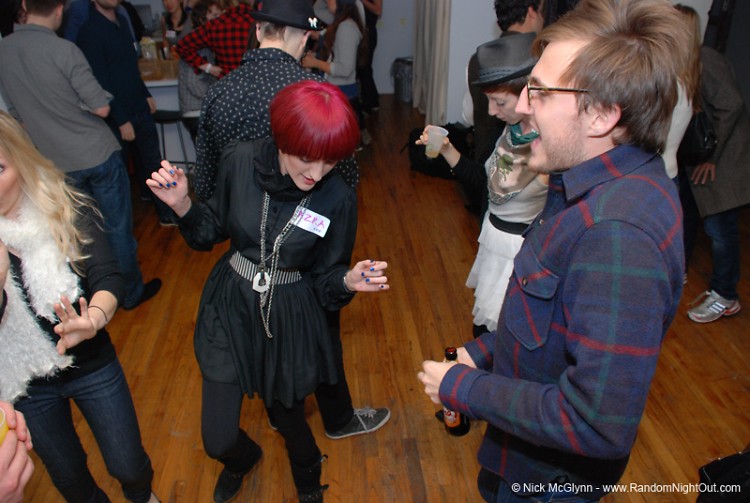 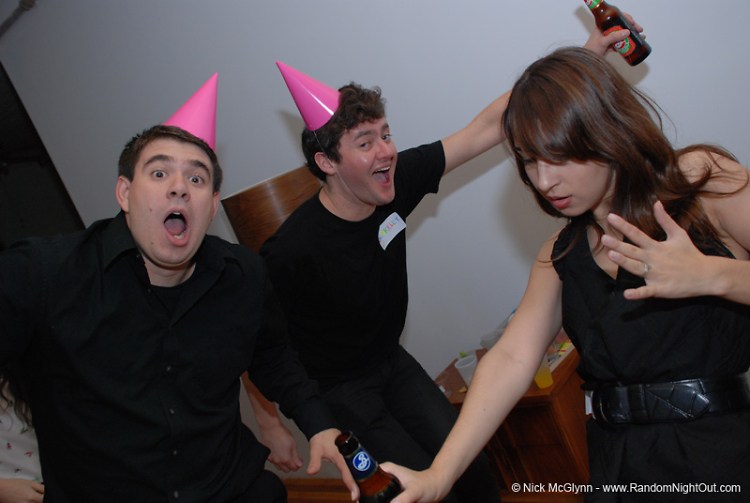 Similar to the dances done by 19th century Shakers, the cult-members believe that dancing around will bring them closer to The Great Being that is currently arriving on a comet, and will usher in an age of NEW New Media.

Then, the most troubling part of the ceremony begins. Veteran cult-members start chanting, grabbing each others arms, and instructing the befuddled, drugged inductees to fall into their arms and physically embrace their new lives and communal identities as cult-members: 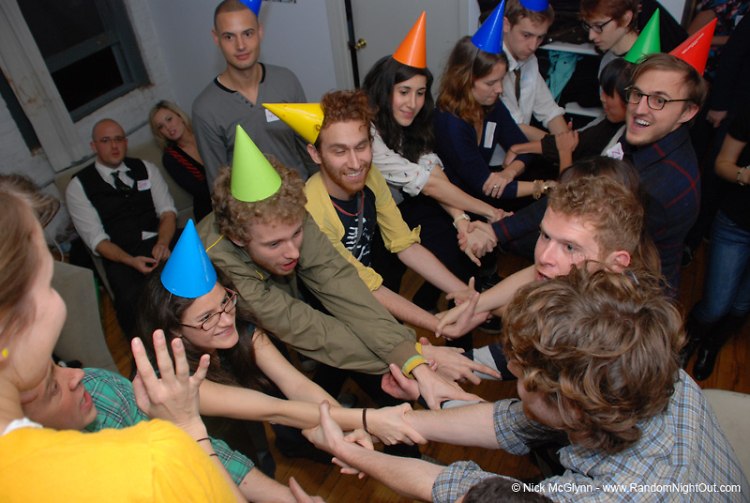 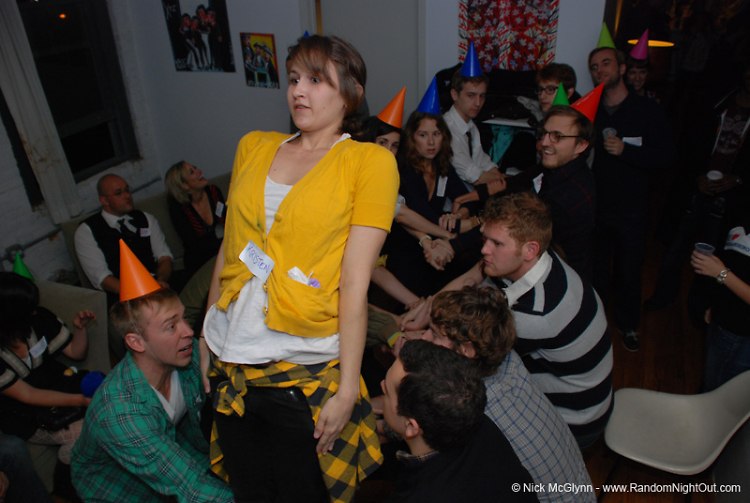 Here, we see inductee "Kristen" (Gray insists they leave they take on new names upon entering the compound), clearly looking terrified. Her new family encourages forces her to take the plunge. 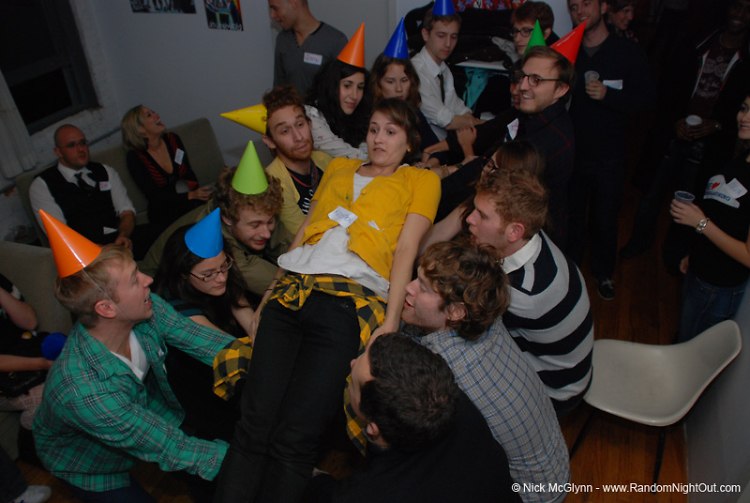 There's no turning back for her... 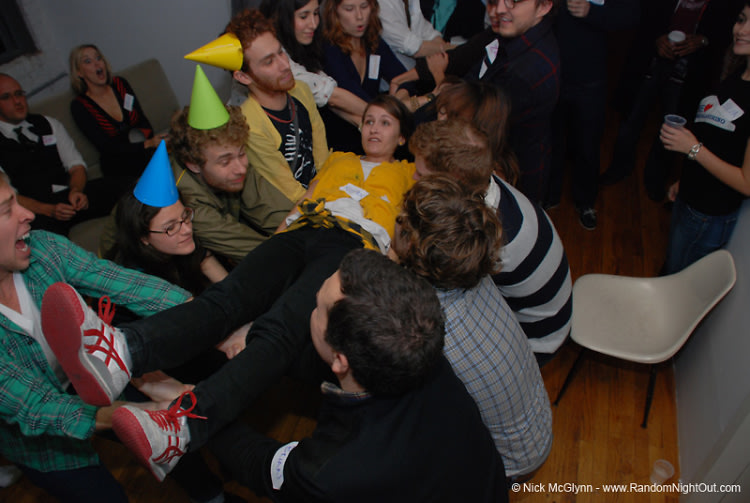 You can see the unsettling elation on Gray's face as he officially gains a new follower. 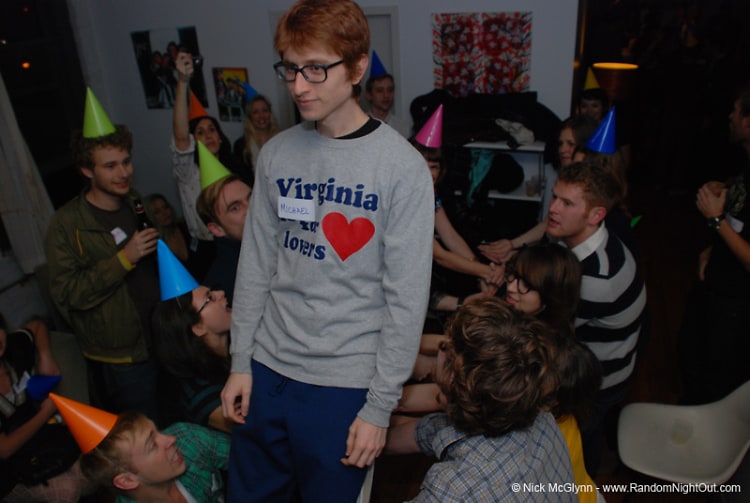 Heartbreaking to think that "Michael" may never see his home state of Virginia again. 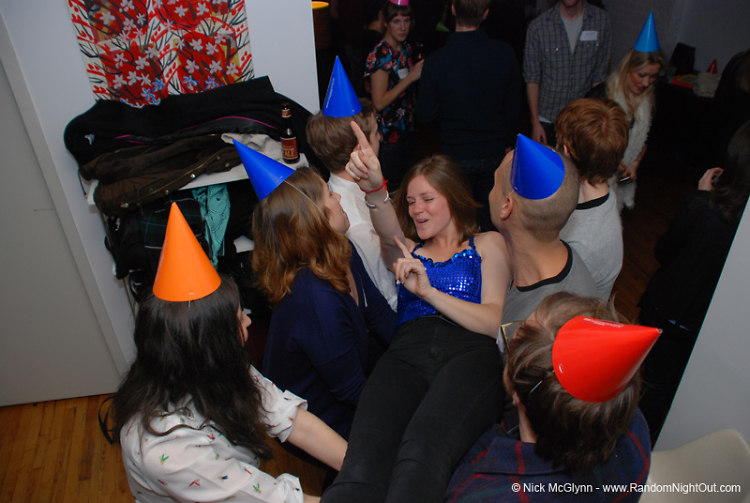 Once new members perform the plunge, they are swiftly carried into the bowels of the compound, where their physical transformation is completed. The next time you see this lovely young girl, she will look like this: 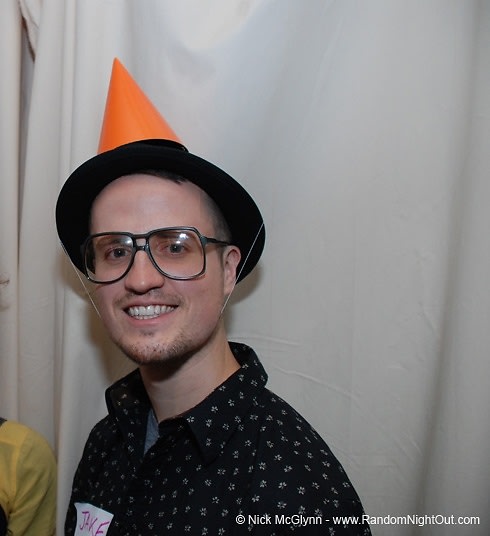 IF  YOU RECOGNIZE "KRISTEN", "MICHAEL", OR ANY OF THE OTHER INDUCTEES, CONTACT THEM, REMIND THEM OF THE LOVED ONES THEY'VE LEFT BEHIND. BEFORE IT'S TOO LATE!

[All photos via NICK McGLYNN, who bravely risked his life to take these undercover pictures].