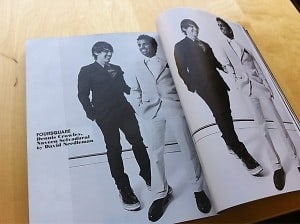 The social media guys are in vogue--literally. We got pics of a swank spread in Italian Vogue featuring foursquare Co-founders Dennis Crowley and Naveen Selvadurai and Twitter co-founder Evan Williams.  What does it all mean for these It-guys?

Check out these flashy pics of Crowley in all black and Selvadurai in all White. 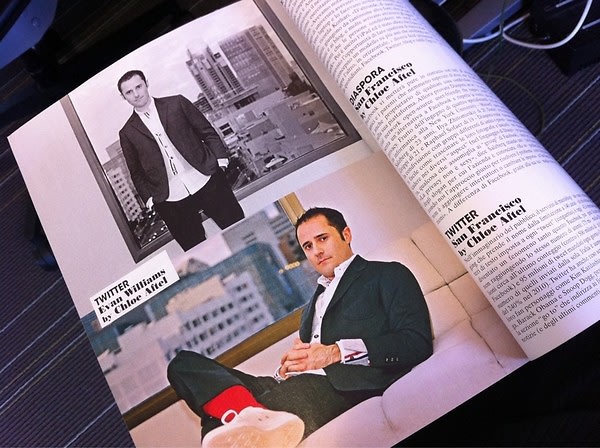 It's nothing new to frame the tech start-up guys in a fashionable light; the Detail's piece from a while back called "The Playboys Of Tech" bills Tumblr founder, David Karp, and Jakob Lodwick (of CollegeHumor), Kevin Rose (of Digg), and Pete Cashmore (of Mashable) in a similar way.

Of course, the allure of the digerati entrepreneur set extends even to the journalistic milieu ensconced in new media. For instance, the Times Fashion&Style piece "The Rising Stars of Gossip Blogs," which portrayed the likes of Maureen O'Connor and Foster Kamer as style icons.

New media and social networking have become haute couture in a sense; the geeks of yesteryear (read: Jobs, Steve and Gates, Bill) are no longer. Now the nerd is hot and has a sort of chicness within his pursuits and party-animal ways (see: 36 Cooper St. holiday party). 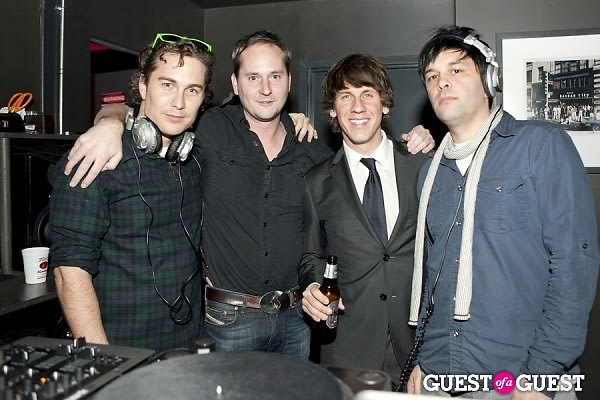 [36 Cooper St. Is The Hottest Workplace In Manhattan]

The difference, we think, lies in that technology centered around the personal computer espoused an anti-social sort of isolation where the diffident nerdling could thrive. Because tech start-ups now hinge on social media, the whiz kids are somehow more gregarious and charismatic, socially adept and savvy.