Life is hard--being in exclusive societies and all. Let's meet some more members of the Native Society, New York's secret coterie of blue bloods, to probe the hardships.

Meet Elliott Benjamin Levenglick and Hannah Schley, who filled out our Native Society questionnaire. All responses are their own, even when they choose to write in the third person. Continue to meet Oliver Estreich's inner circle. 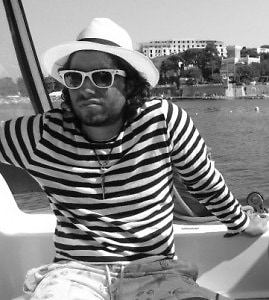 tNS since?: We spoke about it prior to its initial launch.

Top Reason For Joining tNS: Besides from the fact that Oliver has always been a close friend of mine, tNS offers a unique opportunity to unite a like-minded group of youthful, intelligent and successful New Yorkers that seldom exists in the city today.

Why did you qualify?: Having grown up in NYC, I naturally possess a sophisticated and cultured outlook on life. I have also had the privilege of traveling throughout Europe, Asia and South America on a frequent basis which distinguishes me from any ordinary candidate. Finally, like Oliver, I am very entrepreneurial by nature and am always looking to change the world.

How did you meet Oliver?: Since the early 2000s through the NYC high school scene. We always used be the youngest patrons of Pangaea and Lotus back in the day and continued to frequent all the best spots in NYC and abroad throughout high school and college. We were always beyond our years.

Favorite part of the club: I am friends with nearly every member of the club.

Favorite Bar: Bar at the Mark Hotel is fun. Norwood is also cool. 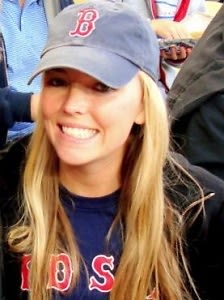 Why did you qualify?: A graduate of Pepperdine University, has been involved with baseball her entire life. Hannah's father, Van Schley, a long time owner of minor league baseball clubs, is one of the founding members of the first modern independent league, founding the Northern League in 1993. Hannah currently holds stock in several minor league baseball teams Her career in the game began in 2006, as a marketing and sales intern for the legendary St. Paul Saints (American Association) in 2006. During the 2007 and 2008 seasons, Schley pursued internships for the Brockton Rox, having been involved in all aspects of the operations.

How did you meet Oliver?: social circuit in NY

Favorite part of the club?: much chicer than Facebook these days…

[Rich Kids Social Networks: The Underbelly Of the Jet-Set Ilk]