Steve Lewis started "Good Night Mr. Lewis" and at once turned Joonbug into an actually relevant site.  It was only a matter of time until the big boys would catch on to Steve's potential. The day has come for Steve Lewis to move on.  He's in his 50s and looking great. He has a hot girlfriend, and a smoking blog. And, word on the street is he is heading over to Blackbook.  This is a developing story, and one on which we are promised a full scoop on....in the meantime, I would like to celebrate the no-fuss style that embodies Steve Lewis.

[A Subpar Host For A King]

More photos of Steve below: 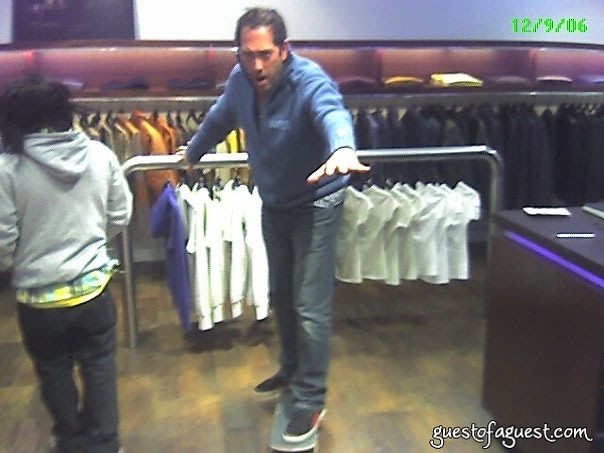