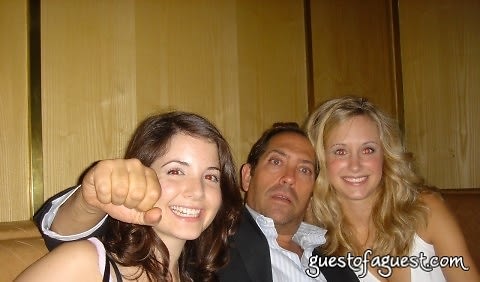 [Dawn Spinner Davis, Steve Lewis, and myself back in 2004]

When I first transplanted into the city in 2004 from Nebraska, the first person I met was Uncle Steve Lewis, and the second was Dawn Spinner Davis.  I was of course known as "Omaha", and we....err she has recently has been making headlines in the NYTimes and the blogosphere as a member of Dating a Banker Anonymous (DABA).  She is, according to Gawker: the "Sad Symbol of Our Times"

I can't attest to that, I know Dawn as a very sweet girl, I was friends with her mainly because she was the OPPOSITE of the kind of person that these publications are portraying her as.  I for one know first hand about the ways journalists may spin what you say to fit a story they are trying to create, and I'm sure this happens to be the case for Dawn, who is waiting for this whole thing to just blow over.  As for her marriage?  They still look and seem to be the perfect pair..... 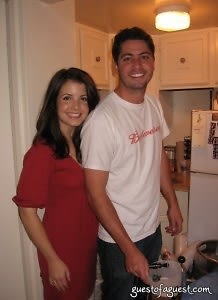 I had a lot of harmless fun going to dinners, fashion shows, and out with Dawn and Steve (we even went to the zoo!).  NYC can be a very scary place when you first move here, and they were incredibly supportive friends of mine. So....lay off Dawn Spinner, and her banker wife friends, and have a happy Friday!