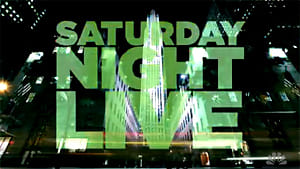 Saturday Night Live is losing Will Forte and gaining three newbies in its 36 season, which begins on September 25th. It's a cliche to complain about the indestructible variety show. But even SNL apologists conceded that last season was an exceptionally weak one. What are some steps Lorne Michaels and crew can take to avoid another lackluster year? -

Have a comedian host the premiere. Megan Fox was not the disaster many anticipated when she kicked off SNL's 35th season last year, even if the decent comedic chops she revealed on the show didn't save her from a subsequent career implosion. She fared better than Michael Phelps, who introduced Season 34 in painfully unfunny fashion. The 2007-8 season began with a mediocre Lebron James. Obviously SNL likes to start off with big names who are on a roll, regardless of comedic training. But why not book a host who is hot and funny? Someone along the lines of Jane Lynch, who is slated to host the third episode on October 9th, and no doubt would have gotten the year off on the right foot.

Ditch the tween musical guests. There was a time when the musical numbers on SNL were not seen as prime bathroom break opportunities. They were edgy, dangerous. Think Sinead O'Connor ripping a picture of Pope John Paul II. Or Nirvana singing "Rape Me." Hell, even the comparatively wholesome Arcade Fire mustered up the energy for a good old fashioned guitar smashing in 2007. Despite a few bright spots, last year's lineup resembled the iPod shuffle at a middle school slumber party: Shakira, Taylor Swift, Black Eyed Peas, Jennifer Lopez, Justin Bieber and even Ke$ha. It's time to grow up.

Listen to Facebook: It worked for Betty White. Let's give Carol Burnett a chance. 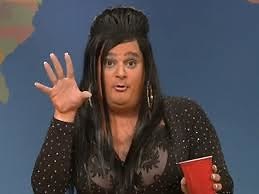 Don't think you're above skewering reality TV: With the notable exception of Bobby Moynihan's killer Snooki impression, SNL rarely mocks reality TV. And it's a genre that demands mockery. If The View, Nancy Grace and MacGuyver are worthy of SNL parodies, why isn't Keeping Up with the Kardashians?  And don't you think Jenny Slate would make a convincing, table-throwing Teresa Giudice?

Steven Slater. That is all.