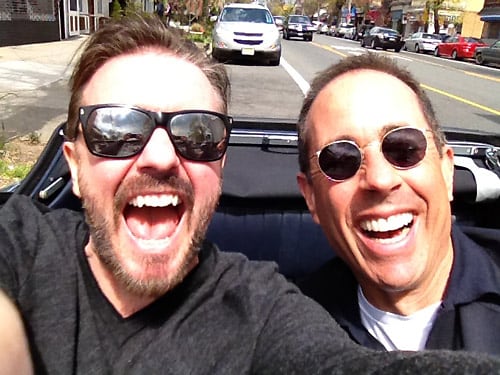 When you read an interview with, say, Tina Fey or Kristen Wiig, you know that you're in for a few laughs.  And when you can watch a interview with a comedy star?  Even better.  But the very best form of comedy Q & A?  Web series in which funny people interview each other.  From Zach Galifianakis' Between Two Ferns to Joan Rivers' In Bed With Joan, check out this round-up of our favorite interview series in which comedians ask the questions... and other comedians answer them!