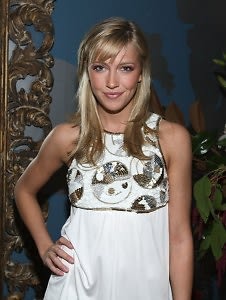 Within the past two weeks, The CW has announced multiple new cast members joining Gossip Girl for season four. Clemence Poesy has been cast as Chuck's new "lady friend" while Katie Cassidy is slated to play a potential love interest for Nate, and it sounds like both characters are set to make quite a stir with their arrival on the scene. 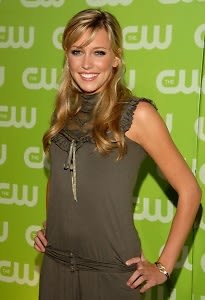 Former Melrose Place star Katie Cassidy has been cast as a Columbia University student and potential love interest for questionably-enrolled-in-college hunk Nate, who last season proved himself to be the true playboy of the Upper East Side. With his love interests ranging from the Helen-of-Troy-esque Serena Van der Woodsen to guttersnipe Jenny Humphrey and everyone in between, it's no surprise that a new character had to be cast as a sacrifice to the insatiable Nate -- there is simply no one left for him to hook up with.

There have been mutterings that Cassidy's character "is not what she seems," which is perfect fodder for the Gossip Girl crew -- figuring out exactly what she is should provide ample entertainment for Blair, while giving Nate time to contemplate things like shiny objects and different brands of hair gel. 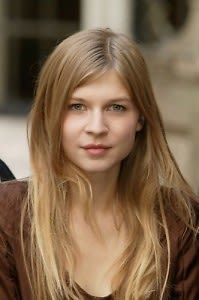 French actress Clemence Poesy will be joining the cast in the role of a new fling for everyone's favorite hate-to-love, love-to-hate character, Chuck Bass. Bass' relationship with longtime love interest/girlfriend Blair Waldorf (a.k.a. HBIC) hit the rocks during the final few episodes of season three, and the dramatic season finale (Jenny Humphrey!? REALLY!?) left Gossip Girl fans wondering if Chuch and Blair, or "Chair," as they are affectionately termed, can recover as a couple. Poesy's character, Eva, may come as the answer to this question.

The actress hails from suburban Paris, where the Gossip Girl stars will be filming the first episodes of the upcoming season.