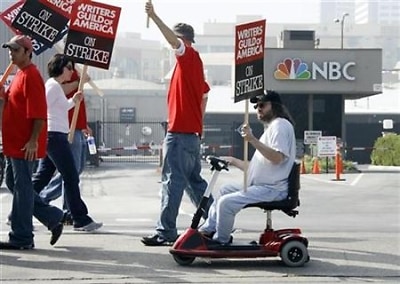 The effects of the writer's strike haven't even hit yet, and network ratings have already dropped this year by double digits.  Most of the majors are giving commercial advertisers extra airtime, and NBC is even giving refunds because they haven't been delivering ratings previously guaranteed.

Tivo and DVR aren't helping the situation, but the bottom line is that most of the programming on right now is crap (except Gossip Girl of course!). And its only going to get worse when reruns and reality start filling in the gaps left by the writer's strike.

We suggest you get Netflix asap, and buy some good books.