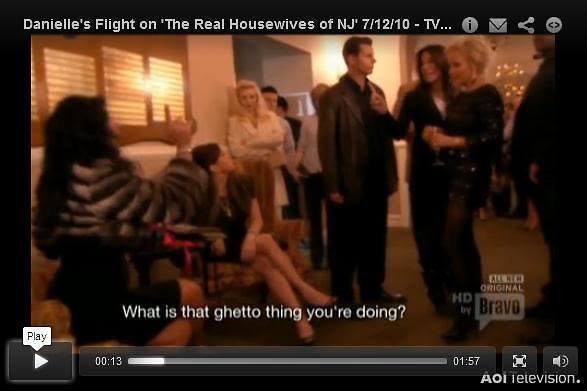 Last night, after putting us through weeks of gut-wrenching anticipation, Bravo finally aired the fabled country club confrontation between Real Housewives of New Jersey Danielle Staub and Teresa Giudice. It was the stuff reality television dreams (also known as nightmares) are made of.Much like last year’s Snooki bar brawl, the RHONJ altercation left viewers with a conflicted sense of horror and amusement. Watching Danielle Staub’s collapse last night was like watching a train crash into a wall at full speed – a wall made of bricks provided by Bravo producers and meticulously constructed, piece-by-piece, by Teresa Giudice and co.

Teresa decided to say “Hi” to Danielle. “That “Hi” was as good as a loaded gun pointed straight at Danielle. And, of course, the two housewives’ conversation quickly escalated into a screaming cat fight (including arguably one of the best quotes of reality television, ever: Danielle: “Don’t call me honey.” Teresa: “Is ‘Bitch’ better?”). Danielle retaliated by claiming that Teresa’s house was in foreclosure (True? False? Don’t know, care). 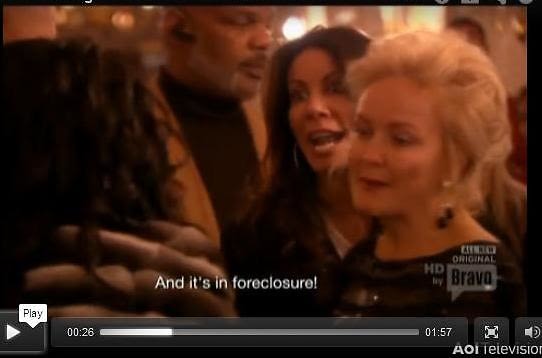 This is why you don’t respond to your little brother poking you, or to lunchroom bullies. The second you react, they’ll chase you through the lobby of the country club, screaming “coke whore!” and siccing an entire pack of bloodthirsty Housewife cronies on you to break your heels and pull out your weave. 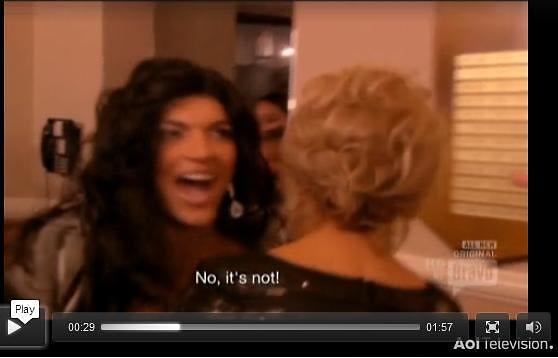 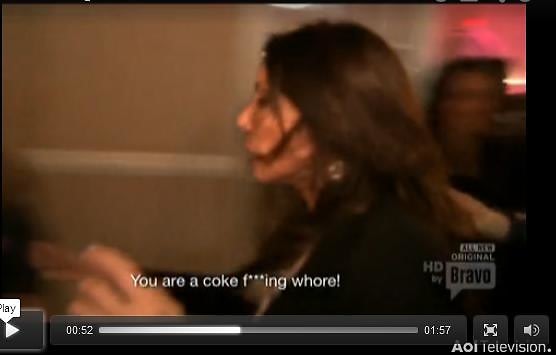 Danielle takes flight (to the tune of Teresa's insults), and ... 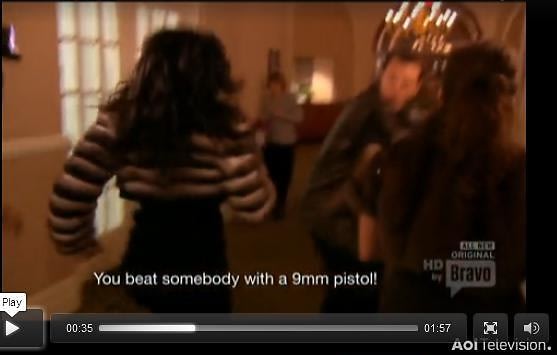 Danielle was eventually treed outside the country club, huddled in a corner sobbing hysterically. Her “bodyguard” (unnecessary quotes, guess he really ended up being a bodyguard after all) carried her sinewy body to Kim G.’s car, but not before Jacqueline's daughter, Ashley, ran up to Danielle and pulled out a chunk of hair/weave. After this, instead of going home, Danielle called the po’ po’. Apparently familiar with the Housewife's dramatics, the 4-0 questioned a few people, took some names and sent everyone on their way. A good night’s work for the Housewives of Franklin Lakes. 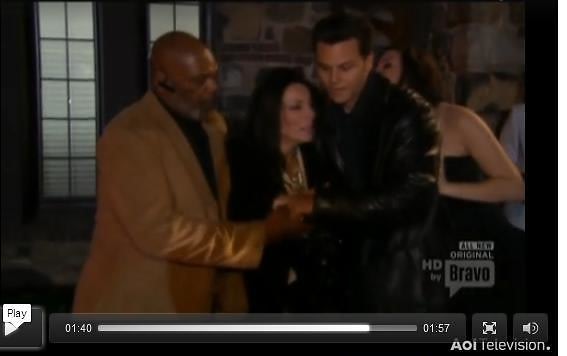 Ashley sneaks up behind Danielle, who is being escorted to Kim G.'s car.

The question I have is this: Why is it always Danielle’s fault? Sure, she’s an ex-con, she’s insecure, insane and totally unbearable (and last night we found out that apparently she beat someone with a 9mm pistol), but last night’s showdown was not her fault. Teresa was picking on her, and it was sad to watch – she didn’t know when to stop. I’m not usually in the “grow up” camp with regards to the Housewives franchise, but maybe the Jersey girls should take a page out of the Real Housewives of New York’s book and realize that they’ve got a true blue crazy among them (as in the case of NY, Kelly Bensimon) and stop picking on the weird kid in the class. Before he bombs your school. 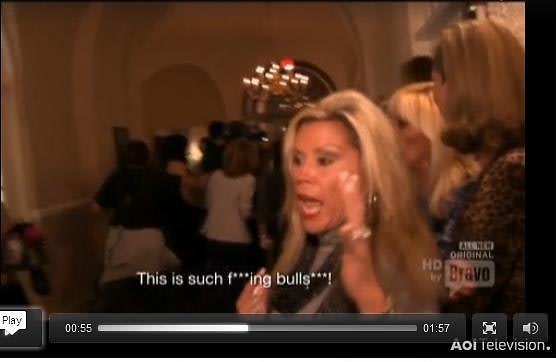