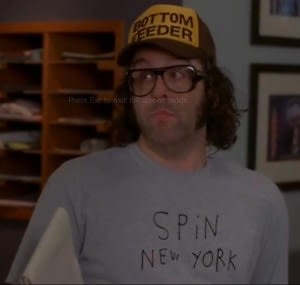 Judah Friedlander's character on "30 Rock" is known for his seemingly random tshirts and trucker hats, which feature slogans like "Ninja Expert" and "Half Centaur". On last Thursday's premiere, his had read "Bottom Feeder", but the shirt slogan wasn't as senseless as you'd think...-

Maybe not Frank Russitano, but Judah Friedlander goes there a lot.

"I play here all the time," Friedlander told the Observer earlier this month at Susan Sarandon's SPiN Haiti Benefit. He's even invited fans to come play with him via twitter.

Club promoters take note! If you want a 30-second spot or product placement on NBC, skip the hundreds of thousands of dollars, and just invite Judah Friedlander to hang out at your bar a lot. He'll wear the t-shirt on the show! 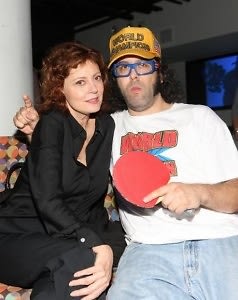 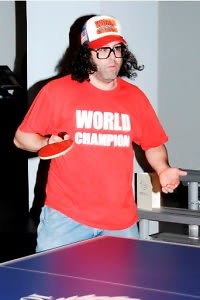 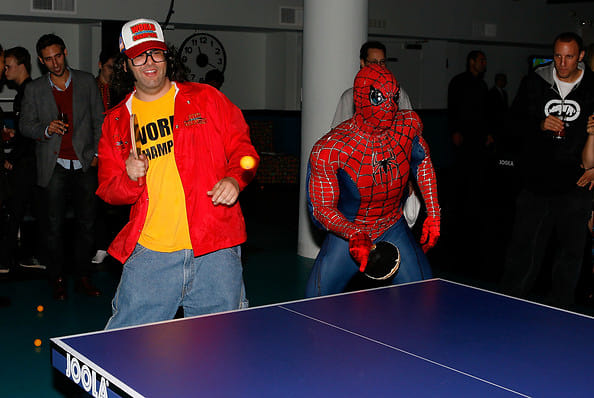 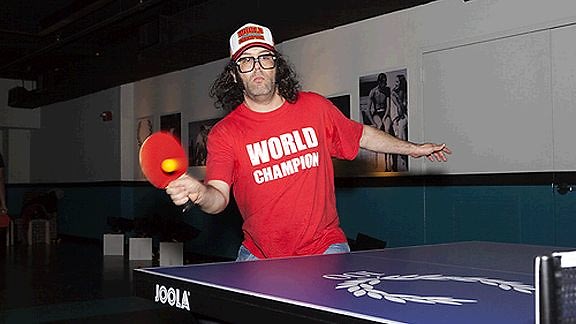