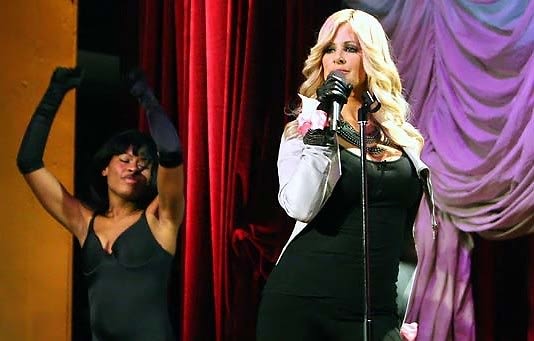 What does a bored Real Housewife of Wherever do when not filming cat fights for Bravo? Come out with a catchy single, naturally. We channeled our inner Simon Cowell and critiqued each of the housewives in the following categories: lyrics, mass appeal and performance. So which Real Housewife has the best song?

Yes, it's true that most everyone (especially actors/actresses) thinks that they can sing these days, but seriously, these reality TV stars really can't sing that well. It all started with Orange County Housewife Jo De La Rosa and her song, "You Can't Control Me" back in 2008. Although her music debut wasn't the most memorable, we had Kim Zolciak continuing the tradition with her single "Don't Be Tardy For The Party" last summer. After seeing Kim's success, the other housewives followed suit.

We spent a painful morning carefully listening to all the singing housewives' songs. Here are our thoughts: 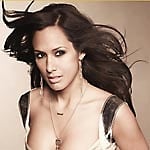 (U can't control me)

I can't even breathe. (U can't control me)

You need me, tease me, never seem to please me,

I'm about to scream

I can't even breathe.

U can't control me.

- Best line: "Not trying to leave you in the cold, you just gotta feel me."

Her lyrics are very over dramatic. Being that high maintenance obviously was too much for Slade to handle. Not to mention, the words don't even make sense. If you can't breathe, then you probably shouldn't be singing. Get an inhaler!

Mass appeal: She should've waited a few years and gotten in touch with Kim Z.'s auto-tune specialist. Since this was the least memorable performance of all the housewives, it's safe to say that she has faded away like all of the other Britney Spears wannabes.

Between the excessive hair flipping and body rolling, no one wonder this girl can't breathe. Although she's the only housewife that actually had choreography in her performance, it doesn't change the fact that she is the epitome of trying too hard.

Atlanta housewife Kim Zolciak- "Don't Be Tardy For The Party"

- Best line: "I'll be feelin' good by nine. After my third glass of wine."

Immediately after her single's debut, it was stuck in everyone's head. If you were running late somewhere, you couldn't help but sing to yourself, "Don't be tardy for the party!" She kills it with the one liners.

Mass appeal: Despite the fact that her voice is completely auto-tuned, she managed to make an impression on the club scene. It was the summer jam of 2009 because what else is there to do in the summer besides partying?

Although at first glance her video looks like a Bravo promo ad, it actually highlights all of the trashiest moments from every housewives' season. We like that she's acknowledging her claim to fame because of the show, and she's using this video to show just that.

Elegance is learned, my friends

- Best line: "Your company should feel, when a conversation's real, even if the topic feels like a science class."

She is giving every woman a lesson on proper etiquette. Finally, she shares all of her tips on how to marry into royalty. Although a middle schooler could've written this song, since it's coming from the countess herself, she shows us that elegance can be learned.

Mass appeal: Even though we're afraid she'll scold us for bad manners, her deep voice and dramatic pronunciations makes it hard for us to take this song seriously. She must've been doing something right, because it's pretty catchy and it made iTunes top 10 songs list.

It's pretty hard to critique a song that consists of talking and not singing. We also find it puzzling that her music video doesn't exemplify good manners. We wonder if there's a chapter in 'Class With the Countess'' about laying in bed with multiple bed and have them playing with her corset. Honestly, she didn't even look like herself in the video because of all the retouching done. We wouldn't have even recognized her if wasn't for her signature purple dress.

You are the one I wanna run to

The one I wanna call

When all my dreams are shattered

When I seem to lose it all

Why am i so scared to be close to you?

Real close to you

So close to you

- Best line: none; they repeat everything

These lyrics are definitely the most emotionally charged. These are also the most scandalous words because the song is a duet with famous lesbian star Lori Michaels. She is blatantly telling everyone that she wants Lori. Mass appeal: This song seemed to cause more controversy than actual interest. We give her credit for singing live and surprisingly her voice wasn't that terrible. Although fans of the show tend to like the more upbeat songs, this is a nice change of pace. We think she has potential to generate more buzz.

Because this song just recently debuted, there is no official music video so we are basing our critique off of her live performance. She cleverly creates more attention for herself by being affectionate towards Lori and even giving her a kiss at the end of the performance. If nothing else, she knows how to generate publicity.

The winner: For us, Kim Z. definitely wins our vote for best overall song and performance. She made learning good manners fun for us. We also liked that her music video was not all about her; she did a whole tribute to the rest of the housewives. Because of her silly song, we are ' never tardy for the party'.