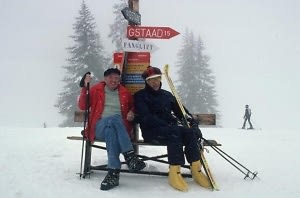 What's a New Yorker to do when it's cold, cloudy, and spring is still months away? You could jet south for a weekend in the islands OR you could head where the snow never stops falling and all the mountain is your playground. Bring on the hot toddies and hotter instructors... It's ski season! -

Of course the first question to ask when planning your ski trip is, "Where are the cool kids going?!" To find an answer I consulted the frenetically updated Twitter of Derek Blasberg, writer and New York's de facto male socialite. A few hints:

"Dude, the best comb-overs in the world are right here in Gstaad."

"Now at a club called Green Go (as in Gringo, the Argentinian honkie??) at the Palace for a nightcap. Who knew Gstaad was so into techno?"

"Ok, people of Gstaad, we know you like a bit of techno. But was an electro remix of the Grease medley really necessary?"

So much for an early night! Chicest wedding ever, and I'm waking up early to go skiing..." 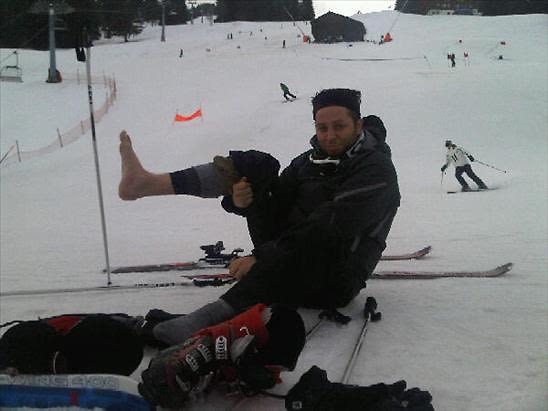 Throw in a few enthusiastic tweets from the top of the Alps by scenester Lyle Maltz and I am sold! It looks like this "winter capital of the European glitterati" [via] is the place to catch powder in 2010, although I don't know how these socials manages to squeeze any athletics between platinum weddings and techno club-hopping. 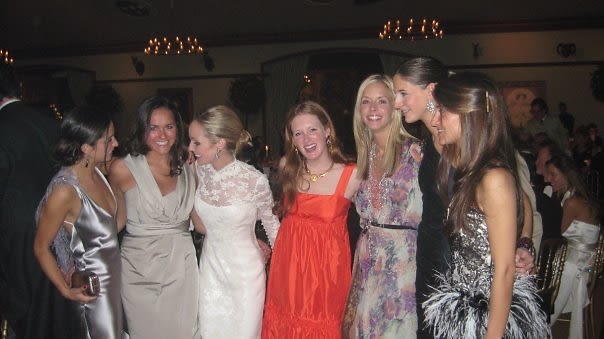 The bride Devon Schuster and friends in Gstaad.

If Gstaad the bar in Chelsea is as close as you can get to the Alps this year, you're still in luck. Hollywood has relocated to Park City, Utah, for the past week to hit the Sundance Film Festival. Or head to Colorado for night skiing in the oft-underappreciated Keystone).

[Top photo of William F. Buckley by Slim Aarons circa 1977, via Photographers Gallery.]