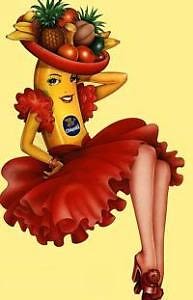 Welcome back to Why Don't You?, injecting a bit of sartorial schizophrenia into your look. Now that Spring has sprung, it is high time to cha cha with that sort of irresistible ensemble that is equal parts vibrant and delectable.  Why Don't You Channel ... Chiquita Banana?

In Your Walk-In: Little surprise you're in head-to-toe Prada this season, what with the kelly green Breton stripes and those impish chic monkeys everywhere.  In addition, you live to rumba in Stella McCartney's luscious citrus and worship at the ambrosial altar of Matthew Williamson.

When you're not in prints, you're color blocking in solids so colorful so as to be actually ebullient.  Best of harvest is Kate Spade's Valerie Jacket in daffodil.  And Reiss has this little number in the most vibrant of vermillions. Sometimes you go tangy in a shirtwaist or even a little tart with a peplum-waisted frock. It's little surprise that Zara is a standby resource of yours, each confection more fragrantly flounced than the next. When it comes to your toes, Charlotte Olympia just slays you. So much so that you're seriously considering having these pumps soldered on.

What to Sleep In: Your weakness for Jonathan Adler needlepoint is totally understandable. Whenever your minimalist friends cock an overly-groomed eyebrow at your beloved banana pillow, you explain to them that it's not kitsch at all, but rather a delectably evocative modern still life. Your other bedroom necessity, the Missoni Humbert throw, melds your colors of choice (that means you, persimmon pink) with your favorite Euro fashion clan (to whom you are likely related, if not by blood then definitely by marriage). 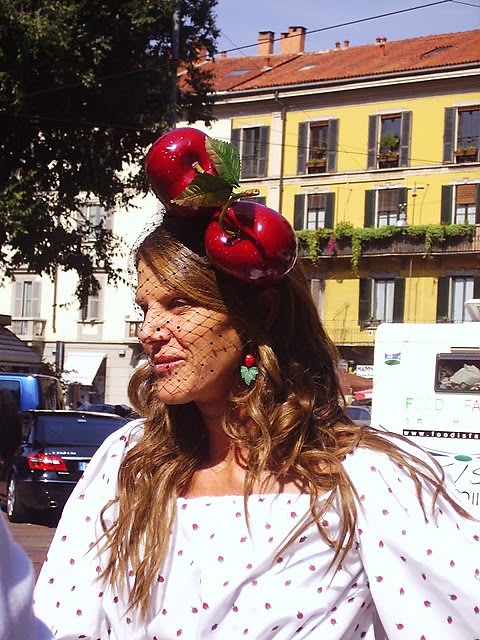 Your Beauty Regimen: You've been using Kiehl's Olive Fruit Oil on your luscious mane since you were three. And in addition to looking the part, the entire Acqua di Parma range is well-suited to your laissez-faire, so bright so ripe raison d'être.

On the fruit-crate-slash-bookshelf: You've paged through Michael Pollan's The Omnivore's Dilemma while nibbling deliciously firm Rainier cherries (your absolute favorite, especially when chilled) on your plum-colored chaise.  What really gets you going, though, is the reactionary poetry against the exploitative banana republics in the early part of the 20th century, such as U.S. Poet Laureate Rita Dove's reckoning in her profoundly-moving villanelle "Perejil." 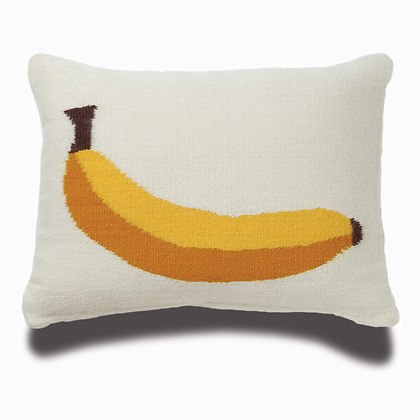 Favorite Flower: The South African Protea is without a doubt your best bloom. It calls to mind an exceptionally-detailed mango rendered in a pomegranate hue. And you love to use mason jars as bud vases. It's so much more modern this way, rather than using the clear darlings for boring old preserves. You actually don't really believe in preserves. You are fresh as the morning dew, little kumquat, and emphatically not Laura Ingalls Wilder in your thinking.

Where to Dine: As a nod to Carmen Miranda's Latin heritage, you favor the corn at Cafe Habana, the Mexican french toast at Dos Caminos and the cocktail menu in its delicious entirety at La Esquina (otro Pepino Diablo por favor!).  And in your estimation, the only thing better than fresh produce is fruit in candy form. Accordingly, you visit Dylan's Candy Bar to stock up on Runts, Jujyfruits and that absolute-pinnacle-of-pinnacles-if-I-could-only-nibble-one-sweet-ever-again Marzipan fruit.

What to Drink: Nothing says Chiquita Banana quite like bubbles in party girl pink. Splurge on Egly Ouriet Rose or try Besserat de Bellefon, Cuvee Des Moines instead and have enough left over for a bushel of plaintains. 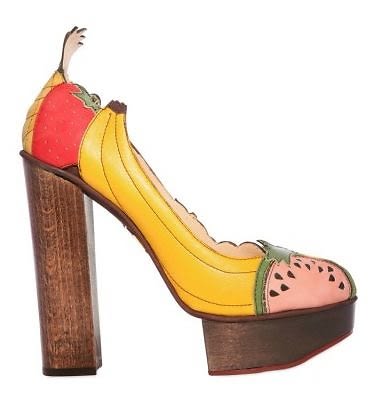 Signature Scent: The tangy top notes in Jo Malone's Grapefruit Cologne emerge as you samba, whirling and bronzed on a dusky island of your choosing.  That island is likely Sardinia in summer and St. Barths in winter, but sometimes you branch out to Florianopolis for a change of scene (and that divine mango sushi).

Gadget of Choice: You're only really ready to face the tropicalismo following a lemon-blackberry-banana-mint first thing from your juicy-colored juicer.

On a Budget: Dust on Chiquita-colored magic by the boxful in Bella Bamba by Benefit.

The Cross Dress: Nothing is quite so delectable as a boy, poolside, nonchalantly lounging in his Vilebrequins.

Guest of a Guest would like to resuscitate Ms. Vreeland's column in a daily feature, "Why Don't You...". While we don't expect to fill her shoes, we certainly hope that our attempt to bring Why Don't You into the 21st century would make her proud. [Why Don't You]