Welcome back to our feature, Why Don't You?, injecting a bit of sartorial schizophrenia into your look. This Mardi Gras, hearken back to that original Jazz Age girl and embody one of F. Scott Fitzgerald's most sparkling literary heroines. With clothes which move, party talk with a spark and that signature dizzying glimmer glammer glamour, Why Don't You Channel ... A Fitzgerald Flapper? 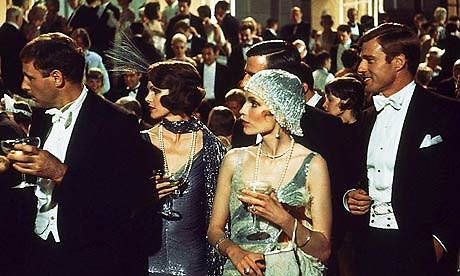 Patron Saint: The woman (and her many personalities) behind the man, Zelda S. Fitzgerald

In Your Art Deco Dresser: This is a look equal parts scintillating ebullience and devil-may-care whimsy. Fitzgerald flapper finesse is fantastically achieved through fringe and feathers. You’re to the manor born (that manor located in East Egg, incidentally) but too exuberant to care.  And the only bag for you is a minaudiere - what a girl needs that cannot fit inside you know not.

Writing the Great American Novel is fine, but creating the most flawless literary heroines set to page thus far is darling F. Scott's true accomplishment. The Great Gatsby's Daisy Buchanan would be unspeakably effervescent in white and an evilly sportif Jordan Baker would dare to dare in beaded shorts. And for a louche and languid Rosemary Hoyt from Tender is the Night, nothing less than a masterpiece writ large. 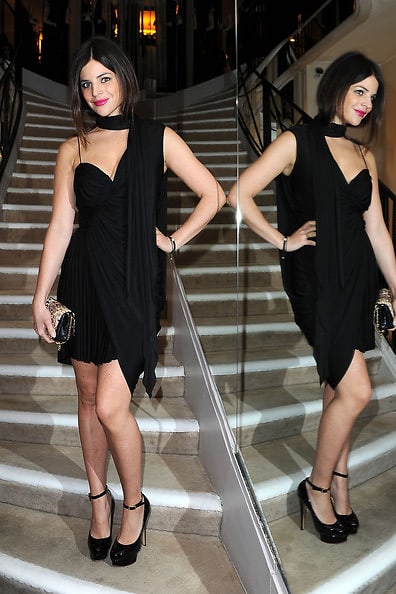 In Your Separate Shoe Room: This revamped mary jane from Nicholas Kirkwood is just tootoo perfect for executing the Charleston.  So too is a traditional T-bar in silver rather necessary.

What to Sleep In: Your party dress and your sleepwear are of such a similar aesthetic as to be quite identical. Tap shorts make the transition from night to day to night quite seamless.

In Your Jewelry Box: You love a drop-waisted frock as much as the next nymphet, but to be candid, it is and always will be about a Diamond As Big as The Ritz. A long rope of pearls is your signature, whether classic Chanel or reworked Lanvin. You adore a glimmering pendant, a doorknocker ring or maybe an enameled cuff. And definitely a tassel. You love to feel weighted down by your jewels, if nowhere else in your giddy existence. And it goes without saying that you're constantly manicured in taupe so as not to detract from the brilliance of it all.

Your Beauty Regimen: It's all about the eyes so you had better banish those dark circles after last evening's festivities. (How does one end up in Tangiers without a passport?)  Plus a sweep of Chanel Inimitable Intense, little Kewpie doll. 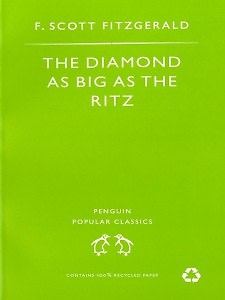 In Your Library: Telling witless saps that you're "rediscovering a book of Fitzgerald shorts" is quite a marvelous cocktail party trick when you're more glitterati than literati. As it turns out, though, "Bernice Bobs Her Hair" really is quite the story.  Besides the master's varied, various and visceral gems, this fabulous tome on flapper decorator of choice Dorothy Draper has a prize place among your remembrances. You're thrilling in anticipation for Baz Luhrmann's film adaptation of Gatsby, which begins filming later this year.

Where to Play: Your taste for bathtub gin is well-catered to among the speakeasies which have cropped up in recent years. Whether imbibing at the original Milk & Honey, Apotheke or Death & Company, it's all fizz all the time. Besides moonshine, you also live for in-person jazz - when Louis Armstrong sang Hello Dolly! he was obviously directing his throaty serenade straight to you - and accordingly you spend quite a few nights (or at least the beginnings of them) at Terra Blues.

Flower of Choice: You're quite literally one of Fitzgerald's gardenia girls. Pin one of the delicious whiteout blooms to your cloche for maximum impact as you shimmy. 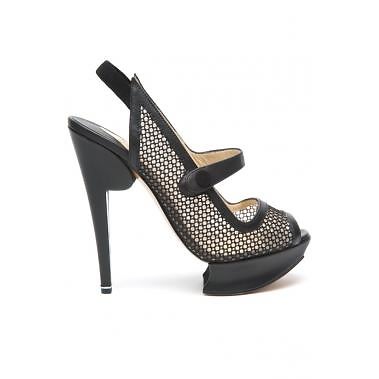 Signature Scent: Aptly-named Joy by Jean Patou was the most expensive perfume of its time (10,000 jasmine flowers per bottle!) so it's doubly fitting for your signature olfactory statement. Additionally, swirling among the Gauloises and the Perrier-Jouet is a Crisp Champagne candle from Voluspa.

On A Budget: This grey fringed number from Rachel Roy perfectly encapsulates the dizzy mood you perpetually find yourself in. (And you'll have enough left over for a blowout before the blowout.)

The Cross Dress: You too can be giddy and free, you dandy you.

Guest of a Guest would like to resuscitate Ms. Vreeland's column in a daily feature, "Why Don't You...". While we don't expect to fill her shoes, we certainly hope that our attempt to bring Why Don't You into the 21st century would make her proud. [Why Don't You]

[Pictures, clockwise from above: The Great Gatsby still via; Julia Restoin-Roitfeld via Zimbio; The Diamond As Big As The Ritz via Waterstones; Kirkwood heel via Kirna Zabete.]