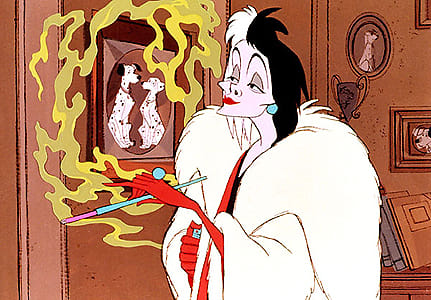 elcome back to Why Don't You Channel?, injecting a bit of sartorial schizophrenia into your look. Today, a thrilling villainess whose notoriety is outweighed only by her devastating glamor. Her maximalist indulgence arrived eons before its time. Shroud yourself in courage and mink and dial up the decadence.  Why Don't You Channel ... Cruella De Vil? 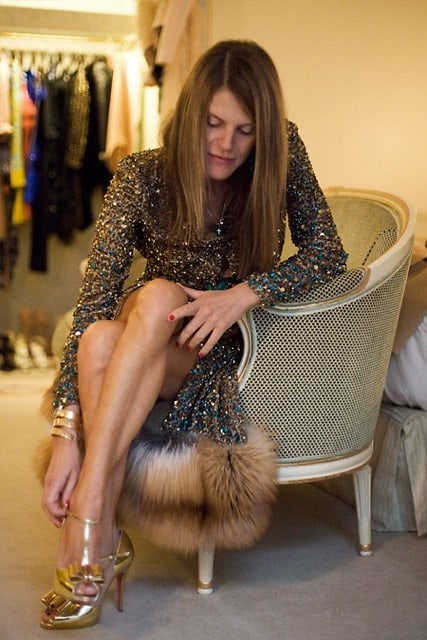 In Your Chilled Fur Vault: In the words of the lady herself: "My only true love! Darling, I live for furs! After all, is there a woman in all this wretched world who doesn't?"

Fur in all of its glorious forms is the protagonist of the never-ending theatre known as Your Wardrobe, whether silver fox or rabbit, chubby or gilet.  And a modern Cruella has her choice between real, vintage and faux. The proliferation of its colored variations on the runways this season thrills you to no end, not to mention Alexander Wang's fur sunglasses, which speak to your aesthetic so directly so as to leave you purring and restless.

You also live and breathe for a proper animal print. Like in dalmatian, for instance.

When you're not enshrouded in chinchilla, you colorblock in red, black and white, in textures capital T, each more sumptuous than the next.  It follows that your shoe is always and forever a Louboutin (as if pairing red with black could be anything other than completely Cruella.) 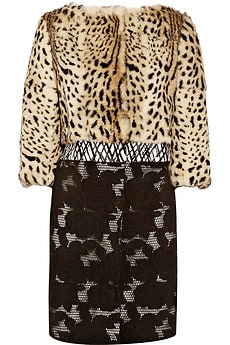 You were the first to pre-order latest and greatest Chanel Mademoiselle in Galuchat. (That's stingray, dear. You are loath to discriminate between surf and turf when sartorial spectacle is calling.)

And In Your Five Drawer Jewel Box: La De Vil exalts in emerald. Like a vintage-feeling brooch or this wish-list pendant.  And to round out the collection, fur-accented earbobs are necessary, plus a maximalist Lanvin chain, a blackout cameo from Bottega, as well as a Hermes Collier de Chien for irony. Best of all is your resplendent Balenciaga collar, which you give a reassuring oh-this-old-thing? pat when asked how is it you could have outdone yourself, yet again.

What to Sleep In: You seamlessly continue the heady decadence which surrounds you into the boudoir, so this faux fur throw is just too too perfect especially when paired with Diptyque's Musc room spray.

Your Beauty Regimen: The only thing that you love more than consuming mounds of caviar is putting globs of it in your multi-colored do, as you soak, pre-soiree, in the clawfooted bath. Kérastase anticipated this divine need to luxuriate in every possible manner with the release of its Chronologiste collection.

On The Footed Bookshelf: A first edition of that storybook about you, 101 Dalmatians, has a prize place among the curios, as does the Elizabeth Taylor tome, My Love Affair With Jewelry. Additionally, aestheticism interests you on an anthropological level, so you've read choice sections of Fur, Fortune, and Empire as well as the Dana Thomas-penned Deluxe: How Luxury Lost Its Luster, so that you can refute its every bourgeois claim. 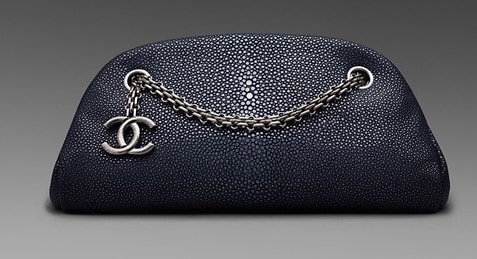 Favorite Flower: Slim, tempestuous, regal (is this starting to sound familiar?), you display orchids wherever possible. The Dalmatian orchid is your breed of choice, n'cest-ce-pas?

Where to Dine: A woman who wears as much fur as you deign to obviously possesses the requisite carnivorous leanings to match. (Unless you don't, like Zoe.)  Luckily, Peter Luger alum Wolfgang Zwiener's Park Avenue outpost is right near your favorite furrier, because the very thought of journeying to Brooklyn gives you a nosebleed.  You also like the porterhouse, rare, at Abe and Arthur's.

What to Drink: Cruella unabashedly drank ink. So in that swilling spirit, your libation of choice is a French press espresso nearly as black. You're also exceedingly partial to the dark bite of anise and accordingly order sambuca with coffee beans plunked in at your absolute favorite place in which to imbibe, the old-world ultra-decadent Bowery Hotel. 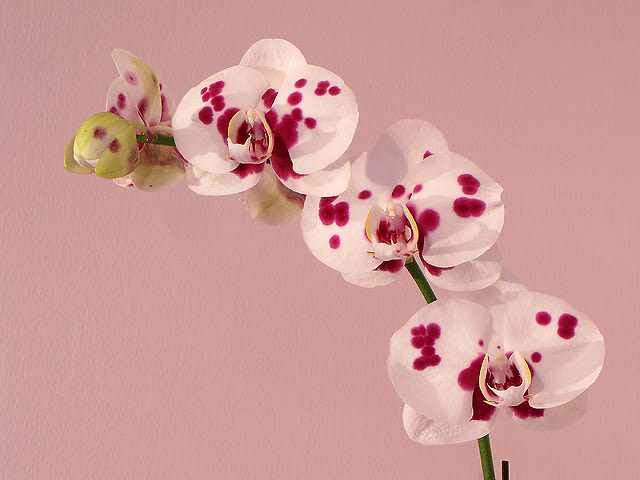 Gadget of Choice: You prize neither timeliness nor transparency but that doesn't stop this Ghost Clock from resting on your mantle.  All those levers and gears have nothing on your devastating complexity, little minx.

On a Budget: The colors of this striped fur by Rachel Zoe for QVC are just right.

The Cross Dress: It goes without saying that a Boy Cruella is as terribly glam as his female counterpart. He's utterly dashing in Loro Piana.

Guest of a Guest would like to resuscitate Ms. Vreeland's column in a weekly feature, "Why Don't You..." While we don't expect to fill her shoes, we certainly hope that our attempt to bring Why Don't You into the 21st century would make her proud. [Why Don't You?]