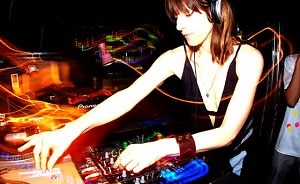 If there’s one thing New Yorkers love more than New York, it’s complaining about it. Those weary of the city’s gentrified sheen often fix their rose-colored glasses on the vibrant ‘80s—artists! music! cheap rent!—while forgetting the decades’s woes. Berlin recaptures the frenetic cultural vitality of 1980s New York better than any other city. Broke artists squat in abandoned buildings. Graffiti proliferates. Music wails. The city’s 24/7 club culture is a democracy uncompromised by bottle service. In Berlin, nightlife is a church. And techno is its choir.

There are signs that things are coming full circle. The following parties, clubs and promoters replicate Berlin’s underground, afterhours club culture in New York, all to a techno beat:

Bunker: 70 north 6th. street. Once a weekly party on the Lower East Side, Bunker is now a monthly bash in Williamsburg, right by the Bedford Avenue L Stop. What Bunker’s lost in quantity it’s gained in quality, recruiting an impeccable roster of international DJ talent (often from, yes, Berlin) to take over two rooms at Public Assembly. The music is top-notch, the drinks are cheap and the whole crowd dances straight through 6am.

Essential: Chinatown loft. Not just a dance party, the Essential soiree adds art (photography, painting, sculpture, hallucinatory wall projections) and, the last time I was there, a stylist giving free haircuts into the mix. Usually held in a cavernous Chinatown loft, Essential is perfect for those looking to kick the night off early (Saturday, 2pm) and wrap it up late (Sunday, 6am).

Blk|Market Membership: Various locations. Blk|Market is the city’s most consistent techno crew. Venues vary—a SoHo rooftop here, a Village club there. But the gang saves its best for epic hoedowns at “secret locations” (usually a warehouse in Bushwick or, for the faint of heart, East Williamsburg) that typically run from 10pm ‘til noon. They’re marathons, but the friendly crowd, rowdy DJs and unique setting make them feel like sprints.

White Slab Palace/Stay: 77 Delancey St. and 244 E. Houston. Let’s face it: New Yorkers like the occasional dose of exclusiveness. These two Lower East Side bars jump on the faux-speakeasy bandwagon with hidden annexes that frequently cater to the electronic crowd. The digs are intimate to say the least, but that just means you can pat yourself on the back for finding them at all. Bonus for the workday hangover-immune: techno nights at both venues fall midweek.

Sunday Best/Warm Up: 400 Carroll St. and 4601 21st st. Long Island City. What could be more reminiscent of post-industrial Berlin than midday “tea parties” at a Superfund site (Sunday Best, at the Brooklyn Yard) and a long-abandoned public school (Warm-Up at P.S. 1)? These weekly alfresco shindigs only last the summer, but their lineups run the musical gamut from techno to rock to disco. Regardless of the headliner, nothing beats watching a sunset from the dancefloor.

Ultimately, New Yorkers tempted by the “next big thing” should just stay put. Berlin may be the new New York, but could New York be the next Berlin?