Eataly is poised to open rooftop beer garden, Buskers offers pool and $250 bottle service to Soho, Duane Reade offers beer to the UWS, and there is a debate raging over whether men can drink Cosmos or SATC made that impossible. Plus more! Today's nightlife roundup is beer vs liquor. 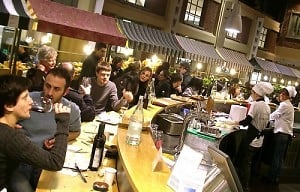 It's almost summer. Whose ready for sunshine, roof decks and Dogfish? You're in luck. The already massively popular Mario Batali joint Eataly is opening up La Birreria, a massive 8,000 square foot, 300 seat rooftop beer garden. It was slated to open last November but was delayed due to issues with the brewing system. Along with serving Dogfish Head Craft, there will be Eataly-branded ale on tap, and offerings from two Italian breweries. Kitchen staff is being hired now, with plans to open in a month. 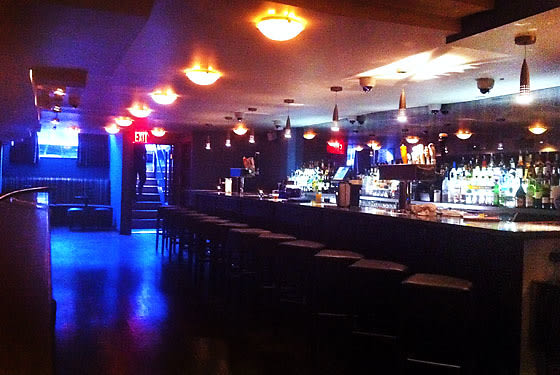 The owner of Soho watering holes Firefly and Gatsby’s has opened Buskers in the former Yama space. The semi-subterranean joint offers a pool table, chocolate martinis, and bottle service for $250.  There is also an outdoor space that will be open in the summer for drinkers to go and smoke, at least until Bloomberg rules they can't. 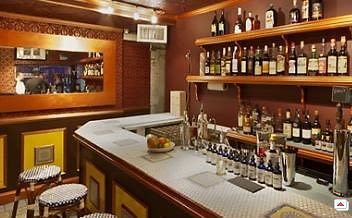 Amor y Amargo is part general store, part bitters tasting room, part chef’s table, all accredited cocktail academy.  Brought to you by the team from Death & Company, the bar is tucked inside the sandwich shop formerly known as Carteles. 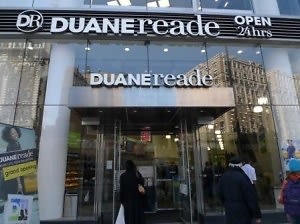 The beer-serving Duane Reade in Williamsburg has been a huge success with the hipster set, so the drug store chain is expanding to the next logical location: the Upper West Side.

The Duane Reade on West 72nd and Broadway will sell beer and offer Brew York City, a service counter that pours out "growlers" of beer, 64-ounce screw-top glass jugs. 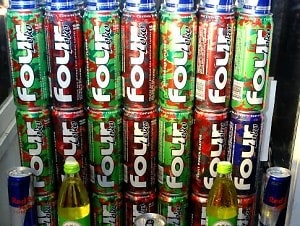 Four Loko is back! But now instead of giving you the sort of dangerous, out-of-your-mind rush that all good drugs do, it will merely make you drunk. The manufacturers have taken out the toxic mix of caffeine, taurine or guarana so that it's comparable to drinking just one horrible tasting fruity beer.

But Four Loko isn't off the hook. Aside from being sued by a New Jersey man who was sent to the hospital with an accelerated heart rate, and having to battle Snoop Dog-endorsed competitor Blast, they are still operating under the watchful eye of the law.

"Caffeine or not, if they are still selling it to kids, we will be cracking down. Kids still like it," said Michael Jones, who runs the State Liquor Authority's city operations. 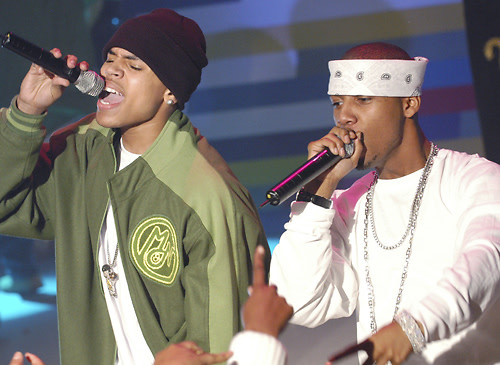 Rapper Juelz Santana was slatted to perform with the inexplicably not in jail, Chris Brown, for his album release party at Webster Hall late Tuesday night. He was stopped at the door by police and cops searched his car for weapons and drugs. He was not allowed to enter and missed the performance.

Santana is out of jail on $125,000 bail after two loaded handguns and marijuana were found during a raid on his New Jersey studio last month, following an investigation into his connections with the Bloods street gang.

He has not, to my knowledge, punched Rihanna or a window at GMA while shirtless.  Still, the company you keep....

Lily Pond landlord Frank Cilione is looking to fill the empty East Hampton space formerly occupied by restaurant Philippe Chow with Mr. Chow, Philippe's biggest rival. Ouch.  Nothing's in stone yet though and it could go to EMM Group or those behind Nobu.

"Cilione tells us he's had lengthy conversations with Mr. Chow and "there's interest," but nothing has been confirmed. Mr. Chow filed a complaint against Philippe Chow in 2009, accusing it of trademark infringement and stealing recipes from Mr. Chow. Cilione says he's still talking to other restaurateurs, including the team behind Nobu and EMM Group, which owns Abe & Arthur's and will take over the space next door to open SL East this summer." 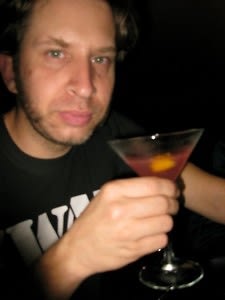 The "Is there anything wrong if a male orders a cosmopolitan?" forum over on Yelp is hilarious, despite whether or not you think the correct answer is yes or no (it's no). Some sample responses:

"I thought you were talking about the magazine, in which case I'd say WTF dude???! But if it's got booze in it, and you like it, then order whatever the hell you want!!"

"Do his parents know?"

"Now, if you asked about ordering a creamy anus , I would have gave you a second look , but cosmos just don't tip the scale. Good luck on that."

What do you think? Let's get a discussion going on in the comments.

8. Restaurateurs Say Opening A Business In NY Is Too Hard [NYDN]

Restaurateurs voiced concerns that it is too difficult and expensive to start a new eatery in New York to City Hall this Wednesday.

The Lambs Club and seven other food business owners met with Deputy Mayor Stephen Goldsmith, who has started pilot projects to cut through the red tape, to voice their complaints. Problems include:

Agencies that don't coordinate their inspections

Forcing owners to sit and wait for weeks.

A city program called the New Business Acceleration Team has tried to resolve some of those conflicts with efforts like sending health and fire inspectors into restaurants at the same time. Goldsmith is for a single "restaurant license" and a simple checkoff process.