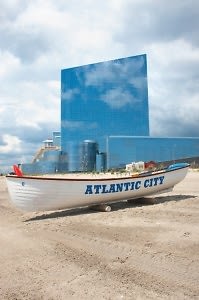 Atlantic City isn't dead, after all! Or at least it won't be on Memorial Day Weekend, when the new mega resort/casino Revel Hotel is set to open. In addition to a number of restaurants, bars, and entertainment facilities (Beyoncé will be headlining three concerts there on opening weekend), Revel Hotel announced the resort's finishing touch-- a massive nightclub and day club from Las Vegas based Angel Management group.

Atlantic City's been pretty lame, I mean, tame in recent years (and it's certainly no Vegas), so it'll be interesting to see if the Jersey Shore can handle whatever Angel Management has in store.

Let's take a look at what's expected to be the largest (and most confusing) club on the Eastern seaboard:

The 85,000 square foot club, called HQ Nightclub and HQ Beach Club, is actually a nightclub AND a day club, ensuring that there's always a party... no matter what time of day.

The nightclub portion takes up a little less than half of the space, with 40,000 square feet of craziness spanning four floors and a rooftop.

Each of the four floors will offer club-goers a different experience. The first floor will be designed as a candle lit library, and the energy of the floors will escalate as you get higher and higher. According to this logic, the rooftop will be the most energetic floor, and will be outfitted in yacht inspired decor to complement the panoramic views of the Atlantic Ocean.

The day club (but you can also hang out there at night), called HQ Beach Club, will be a 45,000 square foot indoor/outdoor party space, complete with giant pools, many bars, and constant beach parties.

HQ Beach Club is inspired by the Greek island Mykonos and the South of France, and the main event will be a Vegas-style drunken pool party. The Beach Club is right on the boardwalk, and just steps from the beach.

Is this new addition to the AC nightlife scene a big enough pull to get people to actually go there again? It's still unclear. Even though the hotel opens Memorial Day weekend, we won't be able to see how successful HQ Nightclub and Beach Club really are until the weather gets warm enough for those soon-to-be-infamous pool parties. 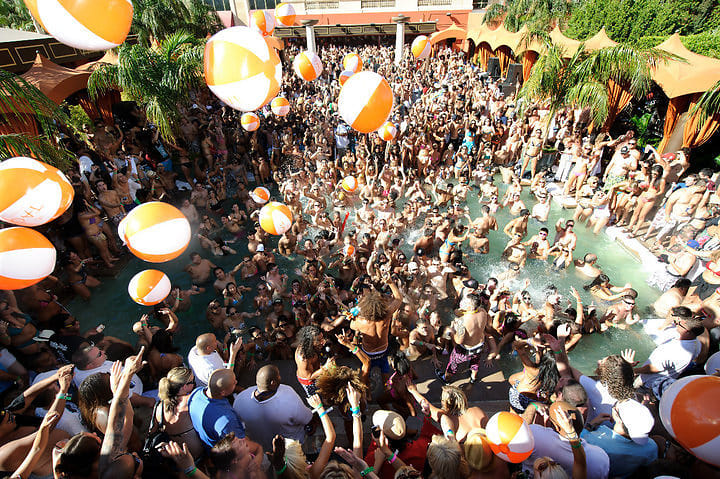