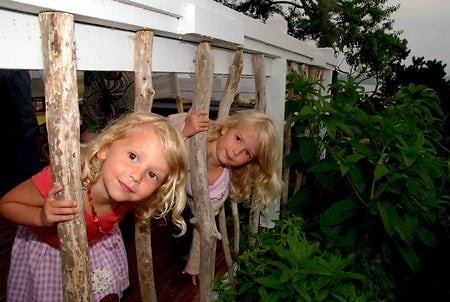 I realize Montauk is some distance from the NYT's Manhattan headquarters, and they did already deign it the summer's 7th hottest destination, but why did it take them until now, a month and a half into the season, to assemble the inevitable invasion-of-Montauk-by-Louboutin-heeled-Hampsters exposé?

We know the Surf Lodge has lured a few 'razzi wranglers (though we still like it); that you can buy your Calypso and Tracy Feith here as well as in East and Southampton; and that your chances of meeting your maker via a teen's overconfident handling of her new Range Rover are ever rising. We've known since Memorial Day weekend, if not before.

IMHO, Montauk's newbies are more expensive, but just as informal versions of what's been there for decades; the only ostentation comes with the visitors, but I don't really think it's fair to blame the places.

It's natural to want business, and if the locals have such issues with the weekenders, they should just fill the deck chairs and barstools first. Evidently, the Times' Allen Salkin disagrees:

Reason 1) The proliferation of lovelies like Lauren Morris, who wear "gold lamé" heels with a "yellow sun-tube dress" pretty much everywhere except their sharehouses.

Reason 2) The equally noticeable spread of men in "jeans with complicated back-pocket designs."

Reason 3) The middle class may lose their mini-golf and soft-serve ice-cream stands.

Reason 9) Being able to distinguish the millionaires from the bums.