No this isn't the name of a new hit single by Bright Eyes, it's how Jeffrey Jah described what his new joint venture, opening soon, will be based upon. 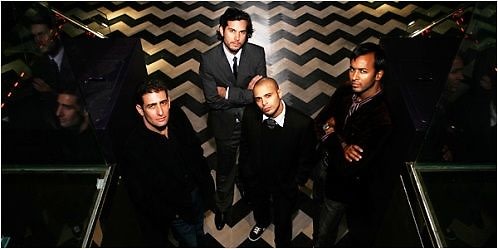 Question: What do Butter, Life, Spa, Lotus, GSpa, Club USA, Bowery Bar, the Inn LW12, Palladium, and Tunnel have in common? (besides being THE place to be scene at one time or another in New York)?

Answer: They were all owned or operated by one of more of the four gentlemen that are about to change the face of nightlife in New York.

We have been anticipating the arrival of 1 Oak for quite some time now, however, when the Sunday Styles section of the New York times FINALLY took notice this last Sunday, in an article titled "You Bring Leo, I'll Bring Diddy", we knew we were on to something (fyi: they cited us in the article which we are pretty excited about). Jeffrey Jah, aka "the Veteran" has joined forces with the Butter Boys Scott Sartiano, "Mr. Finance", and Richie Akiva, "The Club Kid", as well as Ronnie Madra, "The Music Man"; all on the commonality of being down right SICK of the way things were going in clubland (amen to that!).

Though there have been many rough patches, 1 Oak will be opened this month....that is a direct promise, from Scott himself. But don't expect it to be anything like their neighbors down the road in meat packing. At just a 250 person capacity (with seating space of only 150), showing up with Mr. Bigshot Hedgefunder with hundee's in his pocket is apparently NOT going to have any bearing on whether or not you will cross that velvet rope. According to Jah,

"People will have to earn their way past the ropes with an appealing personal style or disposition...not a promise to pay for bottle service."

Sounds like they are trying to bring back the golden days of Spa and even Studio 54 where struggling artists, musicians, and trannys could all hang out safely and just know that they collectively made up the "cool kids" of the city. Sounds fantastic. But will it work?

This will be perhaps the toughest challenge anyone has ever faced regarding night life here...at least in this decade. Maybe it is possible? With four seasoned veterans on board, you know that these guys have their shit together, and their peeps. Leo and Diddy don't even begin to cover the extensive network these guys have amassed over the years. Madra may have said it best: "This is like our Field of Dreams. If we build it, they will come." Come they will. Getting people to the door will not be the challenge...sticking to their Velvet Egalitarianism policy will. With night spots earning over 10 billion dollars a year in revenue, this is an amazing idea (one that we think most of us have discussed at one time or another), but will it really be possible? Will it be possible for "The Quad", as we call them, to brush away the poorly clad wall streeter flashing bills in their face? Stay Tuned....