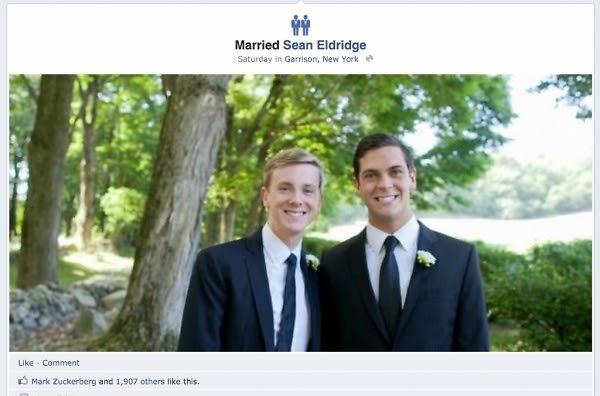 Over the weekend, Facebook added a same-sex marriage status and icon to users profiles. They added "In a Civil Union" and "In a Domestic Partnership" last year and have been taking steps to prevent anti- LGBT bullying with the "Network of Support" with GLADD (Gay and Lesbian Alliance Against Defamation) and other LGBT organizations.

[Chris Hughes and Sean Eldridge via]

Facebook followed in the steps of Apple this weekend when they released gay-inclusive "emogis" (emoticons) on the new version of Apple's iPhone operating system for the fall. Facebook has made great strides in fighting for equality by receiving a Special Recognition Award at the GLADD Awards last month but there has been plenty of criticism sent there way in the past about this topic. One complaint from LGBT rights advocates is the categorizing of one's sex (female and male) which has been a complaint for those who are transgender and do not identify as either. Also, back in March, Sunil Babu Pant, the first openly gay member of the Nepalese parliament, announced that he was petitioning Facebook founder Mark Zuckerberg to create options for users who don't identify as either male or female for this reason. 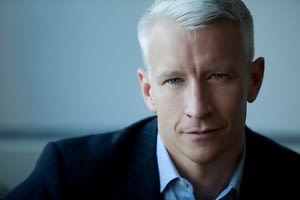 However, as much controversy this issue has made on the site, Facebook has set an example for marriage equality with co-founder of Facebook Chris Hughes getting the opportunity to change his marriage icon to the new one.

Could this become a popular icon? CNN anchor Anderson Cooper, who came out today, may be the next celebrity to be using the new status. He released a statement to Daily Beast blogger Andrew Sullivan stating,

"I’ve begun to consider whether the unintended outcomes of maintaining my privacy outweigh personal and professional principle. It’s become clear to me that by remaining silent on certain aspects of my personal life for so long, I have given some the mistaken impression that I am trying to hide something - something that makes me uncomfortable, ashamed or even afraid. This is distressing because it is simply not true. ... The fact is, I'm gay, always have been, always will be, and I couldn’t be any more happy, comfortable with myself, and proud."