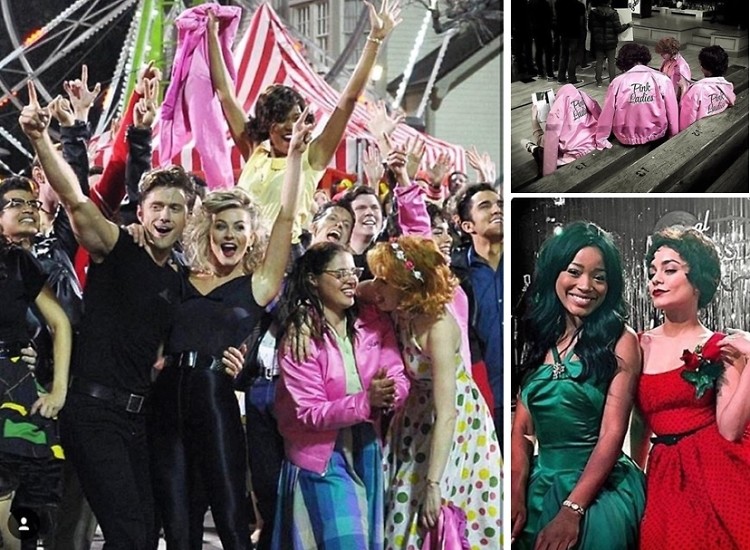 “What is the word? What is the word? … Grease.”  Grease: Live kicked off Sunday night on Fox with Jessie J belting out “Grease is the Word” as she coolly walked through the multi-stage set giving viewers a preview of the extensive backstage production for the live three-hour event. While this live musical was not the first for Fox, it was the first to be performed in front of a live studio audience.

Dancing with the Stars pro Julianne Hough took the lead as wholesome Sandy lusting after Danny, who was played by Aaran Tveit. The spunky Pink Ladies starred Vanessa Hudgens, Carly Rae Jepsen, Keke Palmer and Kether Donohue, and Carlos Penavega, David Del Rio, Jordan Fisher, and Andrew Call played the studly T-Birds. Even Mario Lopez made a cameo as the suave Vince Fontaine. Of course, the cast kept us posted with Instagram pics throughout the night. Click through for our favorites.