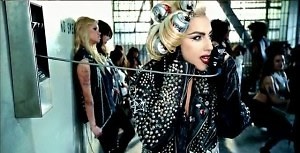 MTV awarded the only relevant music video of the past year with a lucky 13 VMA nominations. But despite the big splash Lady Gaga and Beyoncé made with "Telephone," reading through the list of nominees only reminds you of how far the music video has sunk as an art form.

Maybe I'm just out of touch, but did Best Male Music Video nominee Justin Derulo's "In My Head" ever achieve watercooler status? Does anyone remember the video for Ke$ha's "Tik Tok", nominated for Best Female video, or merely recognize the monster the song unleashed? Could "World's Biggest Band" Coldplay possibly produce anything that qualifies as a "Breakthrough Video"?

Why does MTV even bother with a video awards show? 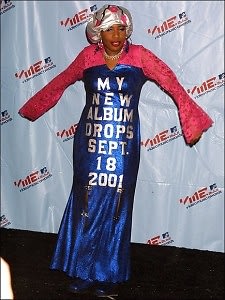 The network gets to pimp out its non-music reality programming--expect at least a dozen scripted potshots at Snooki's allegedly unscripted arrest. And "artists" get to plug their upcoming albums. Who could forget the sight of Macy Gray taking out advertising space on her ass to promote an imminent record drop? Crass, sure, but in the context of the dependably cringe-inducing VMAs, Gray's honesty was weirdly admirable. Her very commercial stunt endures as one of the most creative moments the show has produced in the last decade.

Obviously the VMAs could not survive as an advertising platform in the absence of viewers. Although viewership has plummeted in recent years, with a small spike in 2009 (Thanks, Kanye!), the ceremony still produces bigger numbers for the network than its regular programming. Last year's VMAs averaged 9 million television viewers, compared with the 5.3 million who tuned into last week's Jersey Shore premiere.

But audience members aren't just being bamboozled into watching a two-hour commercial (and the commercials within the commercial). They watch for the sometimes manufactured (see: Madonna/Britney smooch) and sometimes (maybe) organic (see: Kanye West/Taylor Swift debacle) controversies that grab tabloid headlines the next day, thereby boosting ratings for the interminable loop of VMA repeats.

Lady Gaga, with a straight face, once described "Telephone" as a commentary on Americans being "inundated with information and technology." Let's start scaling back by skipping the VMAs.