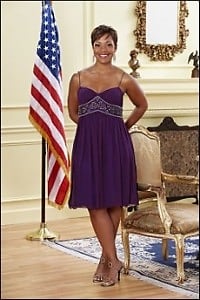 In our fourth installment of the Real Housewives of D.C. bio series, we take a look at Stacie Turner, the only actual D.C. housewife (well, real estate agent) who lives in Northwest D.C. with her husband, Jason, who worked in Mayor Fenty's administration.

As the only black cast member, Turner brings more to the show than just D.C. residency. Turner was born into foster care, then adopted into a loving family in Alexandria, VA. She did well in high school and attended Howard University before earning her MBA at Harvard.

Family:  Married to husband Jason. The couple has two children: 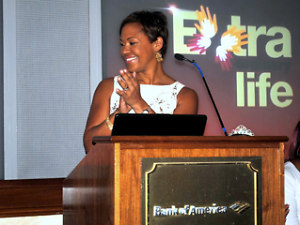 Furthermore, Turner strikes us as the most "real" of the Real Housewives. Like the other cast members, Turner works closely with charities -- in her case, Extra-Ordinary Life (whose website is currently down) which works with teenage foster children. But Turner goes above and beyond.

She recently took eight girls in foster care on an all-expenses paid trip to South Africa. Turner has cited her charity work -- she also works with Jack & Jill of America -- as her primary motivation for appearing on the show, which we find commendable.

Turner is also the only real D.C. fixture. The housewife renovated an old church into her home in NW D.C. and has said in interviews she loves Ben's Chili Bowl and Oya because it has "a sexy bar" (disclaimer: we LOVE Oya), and enjoys shopping in Georgetown at Hu's Wear and Hu's Shoes.

We're excited to see Stacie bring some "real" D.C. (as well as a little sanity) to the show. 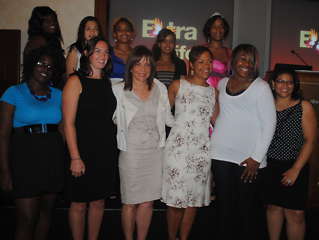 Stacie at an Extra-Ordinary Life gala