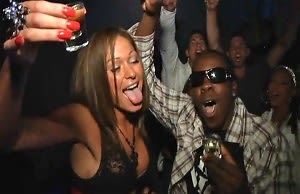 Lake Shore, Canada's supposed equivalent of the popular MTV show Jersey Shore, was announced today. Aside from both having "Shore" in the title, how similar will this be and do we really need another Snooki?-

Jersey has it's very own built in stereotypes (tanning, big hair, excessive use of AXE body spray, button downs unbuttoned to show man cleavage) that could easily be played up.  But Canada?  It calls to mind nationalized health care, Wayne Gretzsky and the French language, all things that do not immediately say 'Party!' 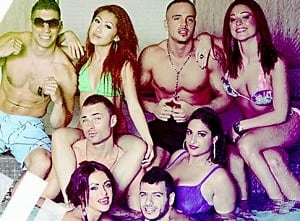 Sounds like a familiar gang but not quite. They seem far more menacing than The Situation and Pauly D. Instead of just wanting to get wasted and punch dudes who mack on their girls while at da club in good ol' fashion boardwalk fun, the Lake Shore cast seems racist.  It could just be the labels they are given.   Dismissing The Innocent Girl From The South, The Jock, and The Gay One Who Teaches Everyone Acceptance labels of reality shows of yore, they are identified by nationality.

There's the Turk, the Italian, the Vietnamese, the Czech, the Jew, the Lebanese, the Albanian, and the Pole who claims she's "Not a racist. I hate everybody equally. Especially Jewish people."  One of them claims he doesn't hate gays, he just doesn't want them around.

If JS offended Italian American groups, this has no limit. All of them are nearly naked during the entire 8 minute clip and all of them will cut you. Quality entertainment?  Only if you consider people acting like losers and jerks stellar fare.  Jersey Shore was a phenomenon amongst itself and one that has done well, so of course there will be copy cats but we need another one of these like we need another show on TLC about a family with over 8 children or another version of the Housewives.

Lake Shore has yet to find a home at a network. Let's hope it doesn't.