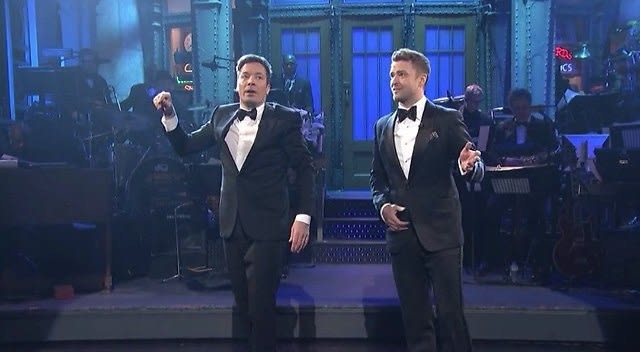 The brainchild of Stephen Merchant, John Krasinski, and Emily Blunt, Lip Sync Battle became an international phenomenon when John brought it to Late Night with Jimmy Fallon in 2013. It has since become its own television show on the SPIKE Network and has swept celebrities and fans everywhere off their feet.

Our scale depends on the guest's song choices and commitment to their songs, as well as Jimmy's song choices and commitment to his songs. This is essential, as if Jimmy is not as invested, the performance then lacks luster. Our scale also draws from elements such as audience participation, Roots' Reactions, and host-to-guest interactions. Click through to find out who synced it best.