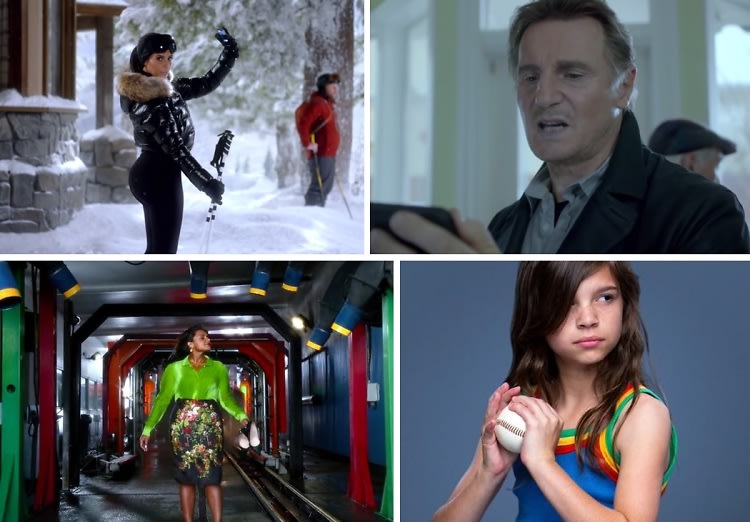 Last night's game was pretty exciting for a Super Bowl, even we'll admit. But #SorryNotSorry, our favorite part was still the commercials. Although some of them were notably total bummers (looking at you Nationwide), there were nevertheless media moments of pure self-awareness and hilarity even the die-hard Seahawks fan in the room had to laugh. Everyone from Kim K. and Mindy Kaling to the ever-vengeful Liam Neeson rocked our TV screens in million-dollar ads, so let's take a look at the best (and worst) of the night.