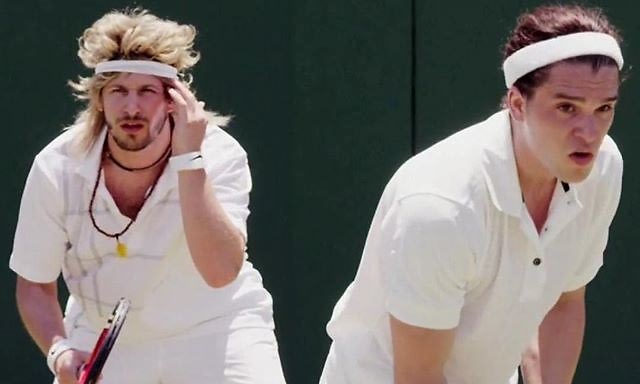 A new style of film-making is re-emerging (think: This is Spinal Tap) with HBO's new 42-minute special, 7 Days in Hell, and it's definitely creating waves. Portrayed like a real documentary, the completely satirical mini-movie depicts a 7-day Wimbledon match between fictional characters Aaron Williams (played by the hilarious Andy Samberg) and Charles Poole (played by dreamy Jon Snow, otherwise known as Kit Harington). It came out just in time for Novak Djokovic to beat Roger Federer in Wimbledon 2015, grabbing the spotlight from the real sports world. Here's the dirty details on what this mockumentary is all about and why people still can't stop talking about it.