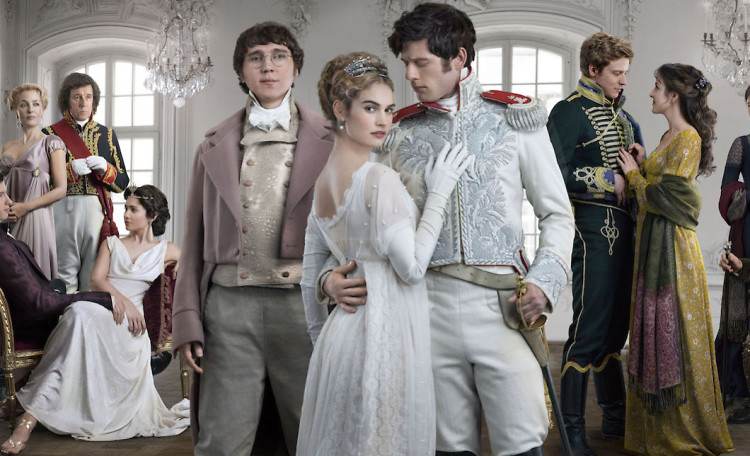 We know, we know, you are of the "Netflix Generation." But just in case you've forgotten, that dusty old TV your parents gave you when you moved out might actually still work. What's more, it might actually have some pretty cool things going on inside it. For one, the epic miniseries event produced by Harvey Weinstein with the BBC & Lifetime. A glittering adaptation of Leo Tolstoy's classic War & Peace, arguably the best novel ever written, the 6-part series pulls you in immediately, with the same whispered drama of Downton Abbey and the action and passion of Game of Thrones (let's just say that's not the only show with a little incest on the air). From the stars to the style, click through for a few reasons why War & Peace should be your next viewing obsession.