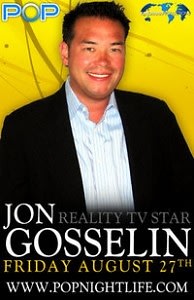 Here are a few things that come to mind when we heard the name 'Jon Gosselin:' How did he have so many kids?  Why did he let his wife go out in public with that ridiculous parakeet hairdo?  Why does he think Ed Hardy and Christian Audigier gear is cool?

What we do NOT think of when we hear Jon Gosselin's name, however, is: great guest to have at your club as the main promotion piece.

At some point last year Gosselin was in D.C. and showed his face at Fly Lounge.  But that appearance was neither scheduled nor promoted.  It was, dare we say it, the result of his simply wanting to go to Fly because he heard it was fly. 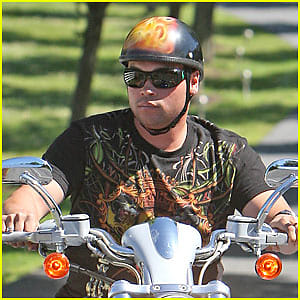 This time around, however, Gosselin will show his face at POP! at Ultrabar this coming Friday.  Granted his ex-wife had six of those eight at one time, but still.  We're really not that impressed.  Catholics have soo many kids and they're not all out shopping their Look-At-My-Crazy-Big-Family reality shows to networks that feature programs of that nature.  But we digress.

What's most interesting about Mr. Gosselin's impending appearance is the fact that at the time of this post, only 18 people have responded on the official Facebook invite to say they're attending the super special appearance on Friday.  Furthermore, we bet around half of those people who RSVP'd in the affirmative are somehow involved in the promotion of the event.

Oh, and POP! reveals that the newly single catch is currently living in the D.C. metro area.  So basically homeboy isn't even coming in from out of town to show his pudgy face, but rather just commuting to D.C. proper from whatever local suburb it is he's allegedly holed up in.

Are you going to Ultrabar on Friday?  Free admission when you wear Ed Hardy or Christian Audigier t shirts! 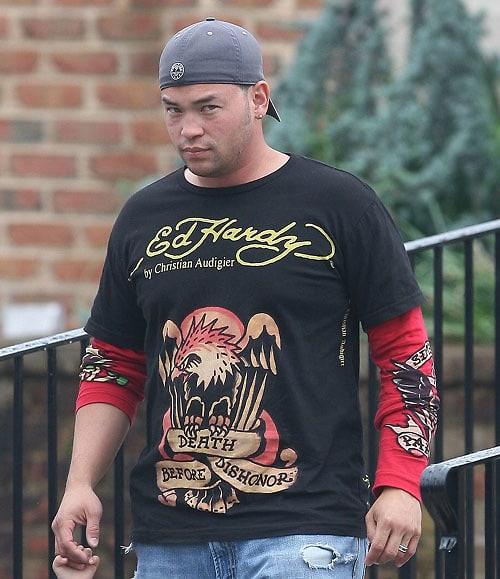 It's even cooler when you layer your Ed Hardy gear.  That way, you expose as much Ed Hardy design as possible. 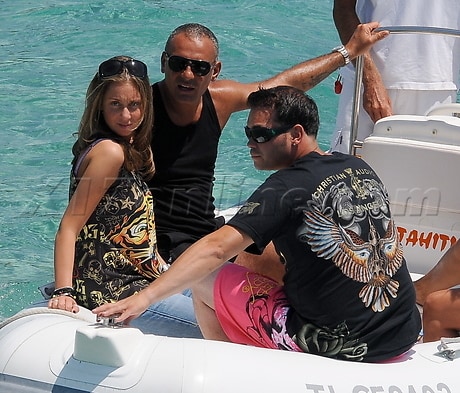 Jon and one of those silly girls who think it's cool to date Ed Hardy-wearing, bad father figure, dads with eight kids, partied with Monsieur Audigier lui-même in Saint Tropez.  Killing it!