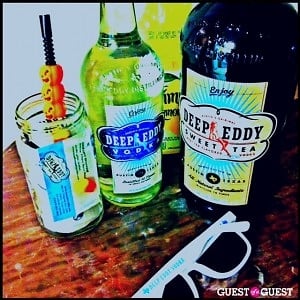 Deep Eddy Vodka has been available in DC for a while now, and we love it. The vodka (which is also available in their Sweet Tea flavor) is made in Austin, Texas, with water from Texas aquifers. We have the latest list on where you can grab a glass in Washington.

With other all-natural ingredients, the vodka is then distilled ten times so your hangover doesn't suck. The experts also agree that it's amazing--it won a gold medal at the San Francisco World Spirits Competition last year!

Grab a glass at one of these locations: