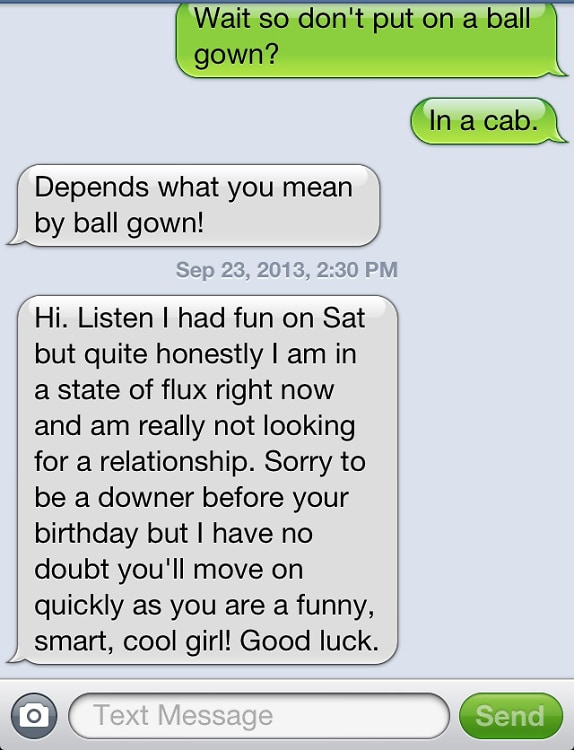 Could you even imagine if Taylor Swift got this text? Quinn Woodward Pu, the blogger behind Little Black Blog right here in DC, had a similar reaction. Pu received the break up text after some communication and dates and, while I don't condone breaking up over text (whatever happened to chivalry and romance), her reaction was a bit over the top. She let him have it.

While her responses were a bit gauche, it was the BLOG POST she wrote about the exchange that is really shocking. Entitled "I'm 26. What's a filter?", the post is a diatribe attempting to let everybody know that she is okay with being single. Instead, the post reads as two steps away from boiling the guys pet rabbit and harnessing him to a chair.

So, here's to all the single people in DC. Just a reminder: DO NOT use social media to talk about your scorned love. Just drink a bottle of Jack Daniels instead.