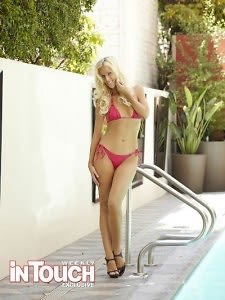 The internets have been abuzz about the prospect of Michaele Salahi posing for Playboy.  Of this prospect we will say a few things, the first of which is this: Michaele is no Kelly Bensimon.

And Miss Killoren Bensimon did pose for Playboy, however neglected to expose her most private (yet self-proclaimed "least evocative") part.  So if all we got from Kelly was lots of skin, her spread (no pun intended, since she didn't spread 'em after all) was nothing exciting.  The amount of skin she exposed was no more than what we see on Dancing With The Stars (unless, of course, we're looking at Bristol Palin). 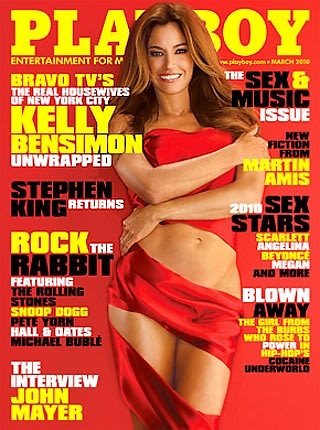 Rumors abounded that Salahi would do a real American Playboy spread, i.e. she would spread 'em.

No determination has officially been reached as to the legitimacy of the rumor.  But that doesn't even really matter.  It's simply a guarantee (hopefully) that even more people than usual will tune in to tonight's episode to see if Salahi could be a desirable Playboy star.

We know what Lynda Erkiletian would have to say about this: Michaele needs her some boobie and booty to even be considered Playboy material.  Eat a cheeseburger!

Here's the real question: when will Tareq do Playgirl?