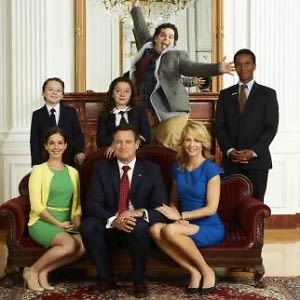 Hollywood's obsession with the District is growing stronger each and every day. NBC just added 1600 Penn to its fall lineup. Entertainment Weekly broke the news this morning about this new comedy starring Bill Pullman, Jenna Elfman, and Book of Mormon star (and creator) Josh Gad.

Along with Gad, the show was created by Modern Family director Jason Winer and former Obama speechwriter Jon Lovett. Lovett must have some personal stories hidden up his sleeves!

It certainly seems like this show will be a long departure from NBC's The West Wing days. This announcement follows the season renewal of HBO's successful comedy Veep and the impending presidential election.